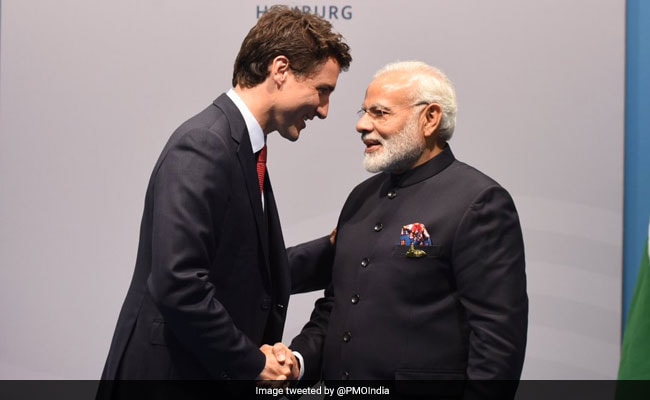 PM Modi last met Justin Trudeau on the sidelines of the Nuclear Security Summit in April 2016.

Hamburg: Prime Minister Narendra Modi today held bilateral meetings with his Japanese counterpart Shinzo Abe and Canadian President Justin Trudeau, along with informal interactions with a number of world leaders on the sidelines of the G20 Summit in Hamburg.

The Indian Prime Minister and Chinese President Xi Jinping also shook hands at the meet and had a conversation on a "range of issues". The interaction between Prime Minister Modi and Xi took place amidst bilateral tensions over the Sikkim standoff.

He later met Abe and Trudeau and discussed a host of issues.