G20 Summit 2018: In his departure statement issued in New Delhi, PM Narendra Modi said through the 10 years of its existence, the G-20 had strived to promote stable and sustainable global growth. 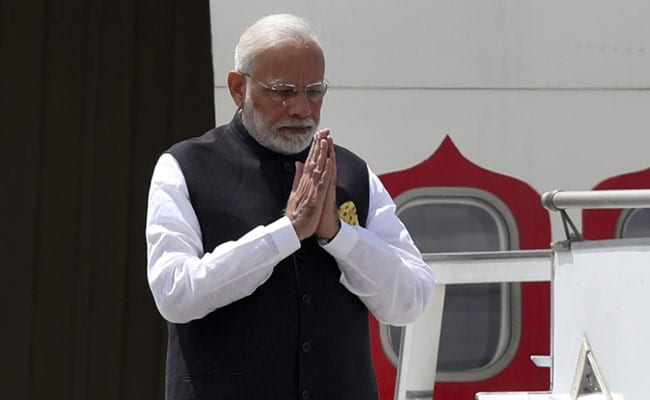 Prime Minister Narendra Modi reached Buenos Aires, the capital of Argentina for the 2018 G20 summit, which is scheduled to begin today. The theme of the G20 summit is Building Consensus for a Fair and Sustainable Development. The Prime Minister said on Tuesday that he would be discussing ways to meet the new and upcoming challenges of the coming decade with world leaders who will gather for the summit. In his departure statement issued in New Delhi, PM Modi said through the 10 years of its existence, the G-20 had strived to promote stable and sustainable global growth.

"This objective is of particular significance for developing countries and emerging economies such as India, which is today the fastest growing large economy in the world," he said. PM Modi said the participants will discuss the situation of the global economy, international finance and tax systems, women empowerment and the future of work.

"I will highlight the need for reformed multilateralism which reflects the contemporary realities and can effectively strengthen collective action for global good," PM Modi said. "I look forward to meeting leaders from other G-20 countries to review the work of G-20 in the last ten years of its existence and chart the ways and means to meet the new and upcoming challenges of the coming decade," he added.

The foreign ministry said in a statement that PM Modi would meet Chinese president Xi Jinping and German chancellor Angela Merkel on the sidelines of the event.

US President Donald Trump, Russian President Vladimir Putin and Saudi Crown Prince Mohammed bin Salman will all be attending the summit as well. The presence of the Saudi crown prince could make for some awkwardness, amid the backdrop of the killing of Saudi journalist Jamal Khashoggi, as Argentina has a remarkably broad human rights agenda baked into the country's post-dictatorship constitution.

Here are the highlights on the G20 Summit 2018 to be attended by PM Narendra Modi:

Nov 30, 2018 07:33 (IST)
US President Donald Trump arrived in Buenos Aires for the Group of 20 summit, where he will hold a high-stakes meeting with China but has vowed to snub Russia's Vladimir Putin.
Air Force One landed just after 10:00 pm (0100 GMT Friday) in Argentina's capital on the eve of the two-day gathering of the world's 20 top economic powers amid high tensions over global trade. 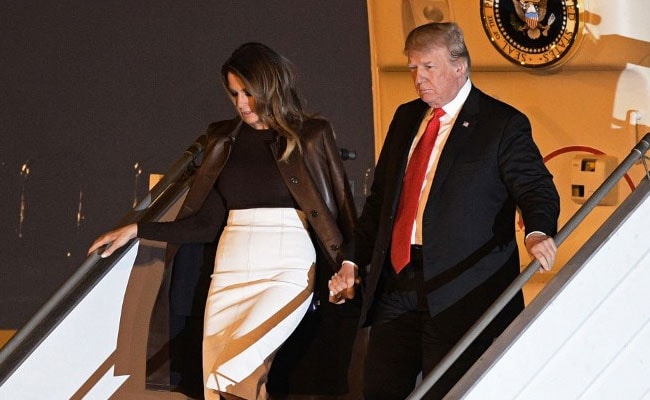 Nov 30, 2018 05:05 (IST)
Earlier, US President Donald Trump had cancelled his planned meeting with Russian counterpart Vladimir Putin, over Moscow's detention of a group of Ukrainian sailors.
"Based on the fact that the ships and sailors have not been returned to Ukraine from Russia, I have decided it would be best for all parties concerned to cancel my previously scheduled meeting in Argentina with President Vladimir Putin," he wrote on Twitter.
Read more here
Nov 30, 2018 05:03 (IST)
PM Modi met with Saudi Arabia's Crown Prince Mohammed Bin Salman, who is in the middle of the controversy regarding the killing of journalist Jamal Khashoggi in the Saudi consulate in Istanbul.
The two discussed ways to further boost economic, cultural and energy ties.
The two sides also held discussions on enhancing investment in technology, renewable energy and food security.
Nov 30, 2018 05:01 (IST)
German Chancellor Angela Merkel will miss the opening of the G20 summit after her plane was forced to make an emergency landing in Cologne due to a technical problem. Read more here
Nov 29, 2018 20:25 (IST)
Raveesh Kumar tweets PM Modi's arrival in Argentina

After a 24hr journey, PM @narendramodi arrives in Buenos Aires for the #G20Summit. The next 48 hrs will witness PM's participation at the Summit as well as in many other plurilateral and bilateral meetings on the margins of the Summit pic.twitter.com/7sF6hhnWVx

Nov 29, 2018 20:21 (IST)
G20 Summit 2018, Argentina: PM Modi has reached Beunos Aires to attend the G20 Summit
Prime Minister Narendra Modi on Thursday arrived in Argentina's capital of Buenos Aires to attend the 13th G-20 summit where he will discuss ways to meet the new and upcoming challenges of the coming decade with other world leaders, including US President Donald Trump, reported news agency PTI.
On the sidelines of the two-day summit, PM Modi, Trump and Japanese Premier Shinzo Abe will hold a trilateral meeting amidst China flexing its muscles in the strategic Indo-Pacific region.

After a 24hr journey, PM @narendramodi arrives in Buenos Aires for the #G20Summit. The next 48 hrs will witness PM's participation at the Summit as well as in many other plurilateral and bilateral meetings on the margins of the Summit pic.twitter.com/7sF6hhnWVx

The trilateral, which would be an expansion of the bilateral meeting between Trump and Abe, is part of the series of meetings the US president would have on the sidelines of the G-20 summit on November 30 and December 1.
PM Modi will also meet Chinese President Xi Jinping and German Chancellor Angela Merkel on the sidelines of the event, the Ministry of External Affairs had said on the eve of his departure, reported PTI.

He will be in Buenos Aires from November 29 to December 1.