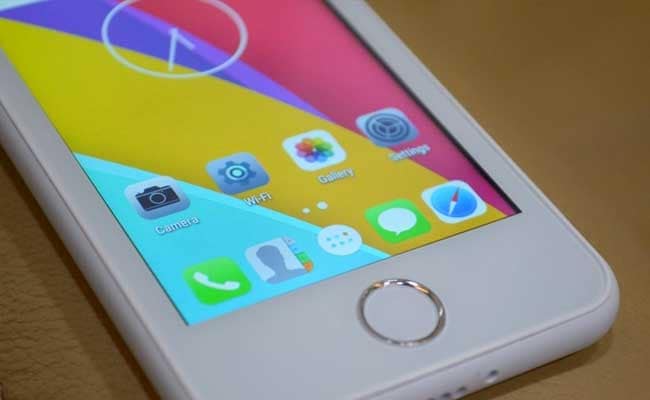 Ringing Bells, the makers of the "Freedom 251" smartphone, has reportedly claimed to have paid back the money it generated from the pre-booking orders.

New Delhi: Ringing Bells, the makers of the controversial "Freedom 251" smartphone, has reportedly claimed to have paid back the money it generated from the first 30,000 pre-booking orders on the first day of the sale this month.

Mohit Goel, managing director of the Noida-based company, has claimed that the money of all 30,000 customers has been refunded and the company will now accept cash on delivery only, according to news channel ABP News.

Ringing Bells had received 30,000 orders on the first day and the rest of the customers will be selected on first-come-first-serve basis as the company received a mammoth over seven crore registrations.

Earlier on Friday, Ringing Bells president Ashok Chadha had announced that the Rs.251 (less than $4) "Freedom 251" smartphone customers will be required to make payment only when the smartphone is delivered to them.

"The company has decided that we will, henceforth, offer 'cash on delivery' mode of payments for those who have placed an order for the 'Freedom 251' smartphone. This will ensure further transparency and clear any misgivings," Chadha said in a statement.

The company plans to give 25 lakh handsets in the first phase before June 30.

Ringing Bells has been facing an FIR and defamation suit amid serious questions being raised over the world's cheapest smartphone.

"Our humble beginning to provide a high-tech gadget that will benefit all in the hinterlands and bridge the huge gap that clearly exists between the metros and semi-urban/rural areas is in keeping with the government's initiatives," Chadha said.

However, Noida-based data centre and BPO Cyfuture, said on Friday they were set to file an FIR against Ringing Bells and deliberating on filing a defamation suit too.

According to Anuj Bairathi, Cyfuture founder and CEO, they met Vishwajeet Srivastava, Gautam Budh Nagar Superintendent of Police (crime branch), who looked into the matter and assured them of a suitable course of action.

"After deciding to file an FIR for fraud and non-payment of dues, we are now thinking to file a defamation suit against Ringing Bells as their allegation of non-performance has tarnished our image," Bairathi told IANS.

Taking the world by surprise, Ringing Bells launched "Freedom 251" smartphone that, it said, has been developed "with immense support" from the government.

As the makers of the smartphone went gaga over being part of Prime Minister Narendra Modi's "Make in India" and "Digital India" initiatives in the last few days, a top government official clarified on Thursday that the government has nothing to do with the "Freedom 251" smartphone.

"This is not a government project. 'Make in India' team has nothing to do with this," wrote Amitabh Kant, secretary of the department of industrial policy and promotion (DIPP), in a Twitter post.

(This story has not been edited by NDTV staff and is auto-generated from a syndicated feed.)
Comments
Freedom 251 phoneFreedom 251 Booking