Uddhav Thackeray, however, added that those who want to pay for the vaccine can choose the option as in the case of LPG cylinder subsidy. 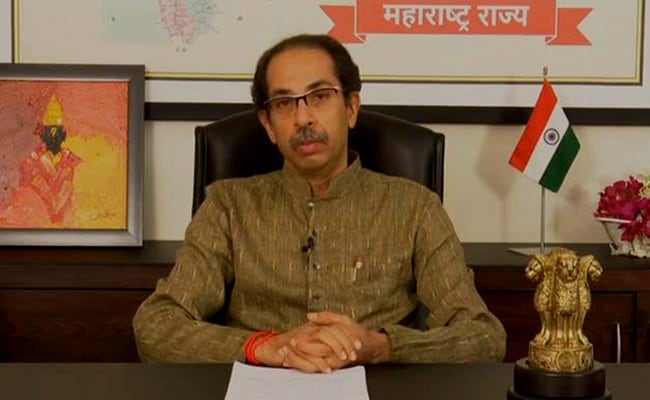 "Getting a free vaccine is both a right and a necessity," the chief minister asserted. (File)

Maharashtra Chief Minister Uddhav Thackeray on Tuesday welcomed the centre's decision to supply free COVID-19 vaccines for people in the age group of 18-44 years, saying it is not only their right but also a necessity.

He, however, added that those who want to pay for the vaccine can choose the option as in the case of LPG cylinder subsidy.

Mr Thackeray said after the centre had given the responsibility of vaccinating people within the age group of 18-44 to the states, his government had made preparations and allocated money for the same.

He said Maharashtra has six crore people in this age group and would require 12 crore doses for inoculating them.

"We had also started it but the supply was inadequate. Yesterday, the PM again gave the responsibility to the centre. We are thankful to him and hope that all obstacles will be cleared and all citizens will be vaccinated at the earliest," Mr Thackeray, who was here to meet Prime Minister Narendra Modi, said.

"Getting a free vaccine is both a right and a necessity," the chief minister asserted.

PM Modi had on Monday announced that the central government will provide free coronavirus vaccines to states and union territories for inoculation of all above 18 from June 21 and that the centre will take over the 25 percent state procurement quota.

Asserting that vaccine supply would be increased significantly in the coming days, the prime minister said the centre has now decided to buy 75 percent of jabs from vaccine makers for free supply to states.

Private sector hospitals will continue to procure 25 percent of vaccines, but they cannot charge more than Rs 150 per dose over the pre-fixed price.

When asked about this, Mr Thackeray said, "It is good to give the vaccines for free but if some people want it they can take it (by paying). Some time back, there was also a talk of (giving up) subsidy (on LPG cylinder)."

The Congress, an ally of Shiv Sena in Maharashtra, has slammed the centre for allowing private hospitals to charge for the vaccine.