"I am sure that this effort will go a long way in further strengthening Indo-French cooperation and will help Indian Railways in positioning its stations to world class standards," Minister of State for Railways, Suresh Angadi said. 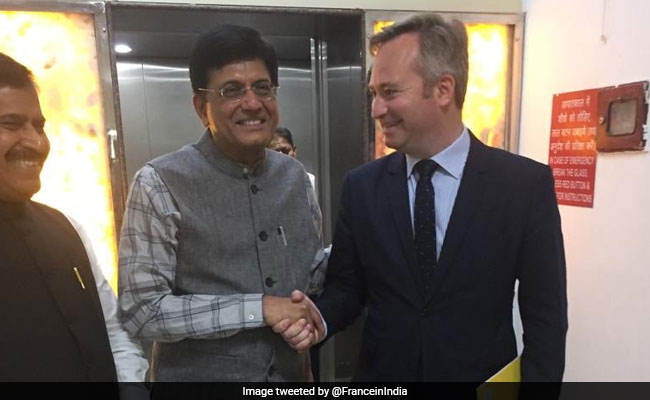 The Indian Railway Station Development Corporation or IRSDC has entered into a tripartite agreement with French National Railways SNCF and French Development Agency AFD, under which a grant of up to 7 lakh euros will be given to give a boost to capacity building for India's railway station development program.

"Under this agreement, AFD, has agreed to provide in-kind grant financing up to 7,00,000 Euros, through SNCF-Hubs and Connexions as a Technical Partner to IRSDC to support capacity building for the Railway Station Development Program in India," said a statement released by the Indian Railways.

This will impose no financial liability on IRSDC or Indian Railways, the statement said.

"India and France have a strong and long standing prosperous partnership in the railway sector. French Railways (SNCF) in the past has been associated with Indian Railways in conducting speed upgradation study for Delhi-Chandigarh section and station development of Ludhiana and Ambala stations," Mr Angadi said.

"I am sure that this effort will go a long way in further strengthening Indo-French cooperation and will help Indian Railways in positioning its stations to world class standards," he added.

On Twitter, Mr Ziegler said, "Just after the signing ceremony of an Indo-French agreement to support India's modernisation of railways stations, @JBLemoyne (Lemoyne) met Shri @PiyushGoyal (Piyush Goyal) to discuss about the future of this cooperation!"

Piyush Goyal is the railway minister.