To mark International Yoga Day, Prime Minister Narendra Modi would be participating in an event in Dehradun where over 60,000 people would be performing yoga on June 21. 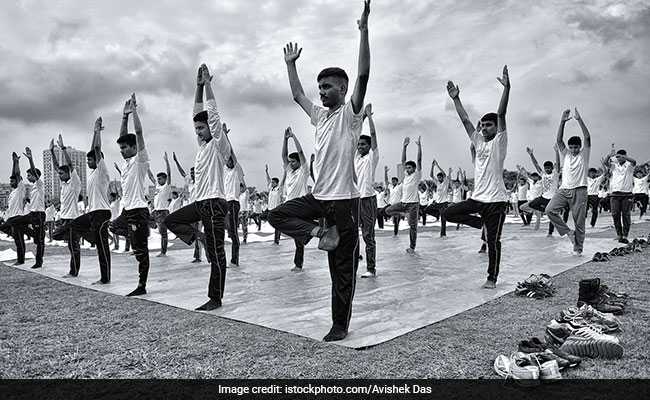 The first International Day of Yoga was observed all over the world on June 21, 2015.

Fourth International Yoga Day will be observed across the world on June 21. On this day, which is dedicated to inner and outer well-being of human body, people across the world practice yoga in groups. The International Day of Yoga aims to raise awareness worldwide of the many benefits of practicing yoga, a physical, mental and spiritual practice. The word yoga originates from Yuja, a Sanskrit word which means, "to join or to unite", symbolizing the union of body and consciousness. The theme for Yoga Day 2018 is "Yoga for Peace."

Why was June 21 selected to be International Yoga Day?

June 21 is the longest day of the year in the Northern Hemisphere and has special significance in many parts of the world. Prime Minister Narendra Modi had proposed this date at the United Nations General Assembly 2014.

When was first International Day of Yoga observed?

The first International Day of Yoga was observed all over the world on June 21, 2015. 35,985 people, including Prime Minister Narendra Modi and a large number of dignitaries from 84 nations, performed 21 yoga asanas (postures) for 35 minutes at Rajpath in New Delhi.

The event at Rajpath established two Guinness world records - one for the largest yoga class, featuring 35,985 people, and second for the largest number of participating nationalities (84 nations).

What is the origin of International Yoga Day?

While addressing the United Nations General Assembly 2014, Prime Minister Narendra Modi had said,
"Yoga is an invaluable gift of India's ancient tradition. It embodies unity of mind and body; thought and action; restraint and fulfillment; harmony between man and nature; a holistic approach to health and well-being. It is not about exercise but to discover the sense of oneness with yourself, the world and the nature."

He had proposed June 21 to be observed as International Yoga Day throughout the world.

Recognizing its universal appeal, on December 11, 2014, the United Nations declared June 21 as International Day of Yoga in 2014.

How is Yoga Day celebrated?
Yoga training programmes, camps, retreats, seminars, workshops are organised at group and mass level. People gather in groups and perform various asana and pranayams. They are also made aware about the importance of the practice and how it helps in curing and healing.

What special preparations are going on in India to mark International Yoga Day?

Prime Minister Narendra Modi would be participating in an event in Dehradun where over 60,000 people would be performing yoga on June 21.

Padma Vibhushan Sadhguru Jaggi Vasudev will visit the army personnel at the Siachen base camp on International Day of Yoga on June 21. Sadhguru is expected to speak to the soldiers on a range of issues, particularly the importance of Yoga for health, well-being and inner balance at high altitudes. The army personnel will also be imparted scientifically designed yoga modules under Sadhguru's guidance.

Promoted
Listen to the latest songs, only on JioSaavn.com
Yoga guru Ramdev will conduct a yoga session in Kota, Rajasthan at RC Ground.