BSP chief Mayawati has received the notice but has not yet given any intimation about her future plans, the official said. 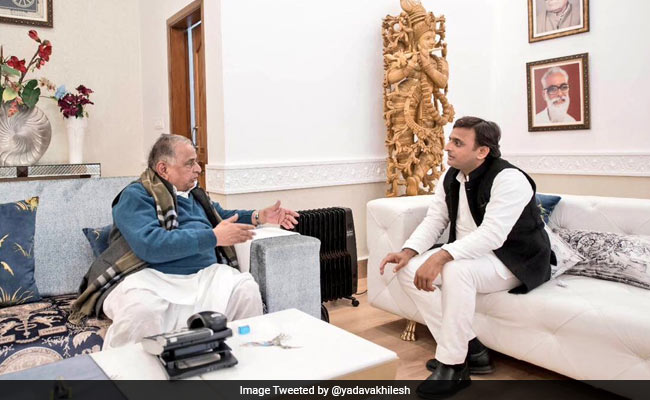 Lucknow: Former chief ministers of Uttar Pradesh, who have been occupying government accommodations in the high-security VVIP zone in Lucknow, are now looking for alternate residences.

While Mulayam Yadav and Akhilesh Yadav occupy bungalows on the posh Vikramaditya Marg, Mayawati and Tiwari reside in a government bungalow on Mall Avenue. Home Minister Rajnath Singh's bungalow is at 4 Kalidas Marg next to the residence of the chief minister.

While Rajnath Singh had written to the department that he would be shifting in his own house, former chief ministers Mulayam Singh Yadav and Akhilesh Yadav were depending on SP MP Sanjay Seth, a known builder, to search for a house for them.

Rajnath Singh, a local MP, is going to live in his residence, on 200 square metre plot, at 3/206 Vipul Khand in Gomti Nagar, where last minute preparations like white washing and arrangements for security personnel are underway before he moves into the property.

Mulayam Yadav, the Samajwadi Party founder, had met Chief Minister Yogi Adityanath last week and given him a letter suggesting that 4 and 5 Vikramaditya Marg allotted to his son Akhilesh and himself be allocated to the leader of the opposition in the Assembly and the Legislative Council respectively.

Though the chief minister forwarded the letter to the estate officer, no decision had been taken on it yet.

"We have received Mulayam Yadav's letter but nothing has been decided on it. We have sent notices on May 17 to all former CMs following a SC order to vacate their houses in next 15 days," a senior officer of the Estate Department said.

According to SP leaders, Mr Seth has been asked to locate a new "suitable" house by Mulayam Yadav, while his son, Akhilesh Yadav, is on a tour of Madhya Pradesh. He is returning this evening.

As for former chief minister Kalyan Singh, there has been no communication from him but he is also likely to vacate the official accommodation, a source close the BJP leader said.

His grandson, Sandeep Singh, already has a government bungalow as he is a minister in the state government.

BSP chief Mayawati has received the notice but has not yet given any intimation about her future plans, the official said.

The top court had early this month directed all former chief ministers of Uttar Pradesh to vacate their government bungalows.

The top court's order came on a PIL filed by NGO Lok Prahari following an amendment passed by the UP Assembly which allowed all the former chief ministers to occupy government bungalows for lifetime.

The Supreme Court had on May 7 struck down the amendment to the legislation which allowed them to retain government accommodation even after demitting office, saying it violated the concept of equality.

Promoted
Listen to the latest songs, only on JioSaavn.com
The bench had said the amendment was "arbitrary, discriminatory" and violated the concept of equality and added that once such persons demit public office, there is nothing to distinguish them from the common man.

The NGO had challenged the amendments made by the erstwhile Akhilesh Yadav government to the UP Ministers (Salaries, Allowances and Miscellaneous Provisions) Act, 1981.