L Ramana, who had resigned as Telangana TDP chief on July 9, took Telangana Rashtra Samithi (TRS) membership at the Telangana Bhawan in Hyderabad. 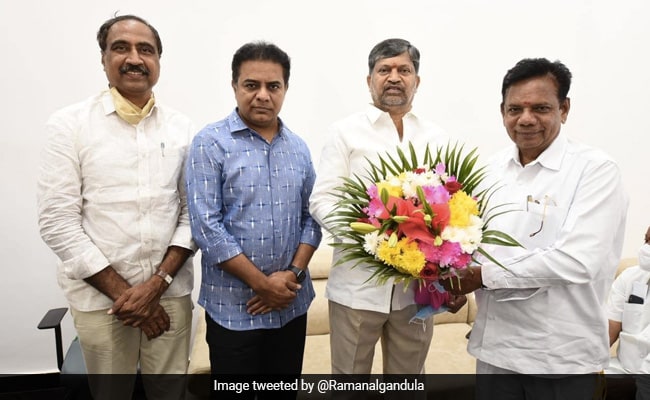 Addressing the media on July 9, L Ramana had said it was the right time to join TRS.

Mr Ramana had resigned as Telangana TDP chief on July 9. Addressing the media, he said it was the right time to join TRS.

"After formation of Telangana state, I have been asked to join TRS during both terms (of TRS government) and I guess now is the right time. That is the reason for me signing the TRS membership form today," he said.

Mr Ramana said he would use his experience as a politician for the overall development of Telangana by joining the TRS party. He also said he would work for people at a much closer level.