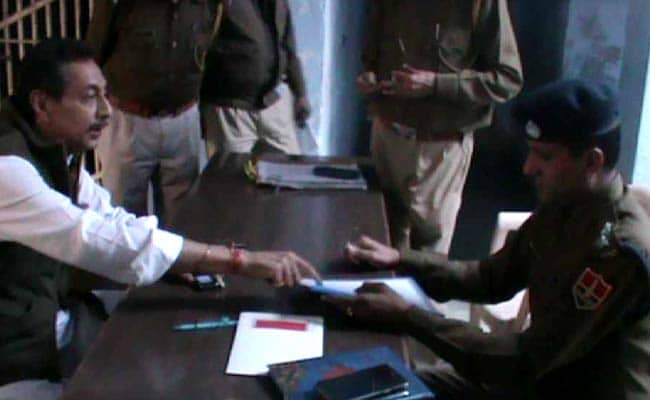 Bharatpur: He couldn't draw enough money from the bank, so a Congress lawmaker and former royal in Rajasthan has filed a police complaint against Reserve Bank of India governor Urjit Patel.

Vishwendra Singh, 54, went to the police in exasperation after failing to withdraw Rs 10,000 from a bank in Bharatpur.

On Thursday, he stood in line at the Oriental Bank of Commerce for about an hour to withdraw new currency after the abrupt ban on Rs 500 and Rs 1,000 notes on November 8.

When Mr Singh reached the counter, he alleges, he was told that the bank had only Rs 3 lakh in cash and could not offer him more than Rs 2,000, though he wanted Rs 10,000.

"The RBI knew of the demonetisation, then why did they not print adequate currency notes?" questions Mr Singh, who wants charges of cheating and conspiracy against the RBI governor and a top official of the bank that disappointed him.

The RBI, he says, should be punished for not supplying enough new cash to banks.

"Though the police have accepted my complaint, they didn't register an FIR under cheating and criminal conspiracy against Mr Urijit Patel and the branch manager of the Oriental Bank at Bharatpur. I will now move the court," he said.

The police say they will file an FIR only after a proper investigation into Mr Singh's complaint.

Promoted
Listen to the latest songs, only on JioSaavn.com
Prime Minister Narendra Modi said the notes ban was essential to end tax evasion and terror funding. The Congress and other opposition parties have targeted the government, saying it did not anticipate or prepare for the huge cash crunch after the withdrawal of the two biggest currencies, comprising about 85 per cent of the cash in circulation.

PM Modi today shot back at critics, saying their problem was not the government's lack of preparation but that "they did not have time to prepare for it".