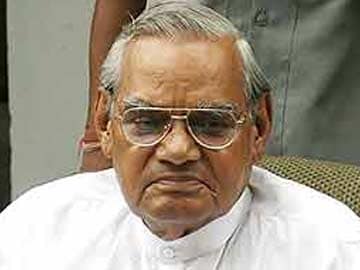 Prime Minister Manmohan Singh was among the first to greet Mr Vajpayee on his birthday.

Dr Singh, who reached Mr Vajpayee's 6A Krishna Menon Marg residence at around 12:30 pm, remained with the BJP veteran for nearly 20 minutes.

Mr Vajpayye has been ailing for some time now and is confined to his official residence.

Several people had been waiting since morning to greet Mr Vajpayee on his birthday. Most of them had come from Gwalior where was born, while some had come from Lucknow, a constituency he represented in the Lok Sabha.

Born in the family of a humble school teacher on December 25, 1924, in Gwalior, Vajpayee began his career first as a poet, dabbled in journalism and later rose to become one of the most widely regarded political leaders of the country.

He is considered a guru of coalition politics, who successfully led a government supported by as many as 24 political parties.
Comments
Atal Bihari Vajpayeechristmas