The Congress had challenged the Rajasthan High Court order offering relief to party rebel Sachin Pilot and his MLAs from the disqualification proceedings in the Assembly following their open rebellion. 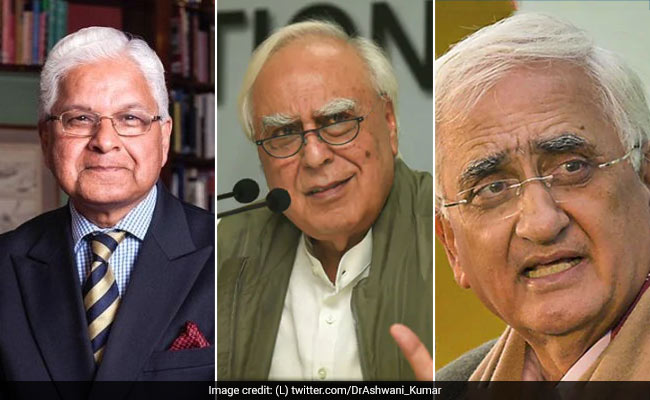 Mr Gehlot -- stonewalled in his attempts to restart the assembly session -- has written to President Ram Nath Kovind and spoken to Prime Minister Narendra Modi about Governor Kalraj Mishra's "conduct".

"A Governor is bound to act on the aid and advice of Council of Ministers in convening the assembly. Any deviation from the established constitutional position would be an avoidable negation of your oath of office and will create constitutional crisis," the letter from the former law ministers - all of whom belong to the Congress -- read.

Mr Gehlot - who spoke to Prime Minister Narendra Modi yesterday about the Governor's conduct - wrote to President Ram Nath Kovind today. In his letter, he asked the President to intervene in the situation and ensure that the assembly session be announced.

Later in the day, the Governor said he was not in principle opposed to an assembly session, but listed three conditions, including a three-week notice period due to the coronavirus outbreak.

In his note to the Chief Minister, the Governor said the July 31 date as proposed will be too short a notice and asked Mr Gehlot if the MLAs can be given three weeks. His other conditions involved safety measures for coronavirus, especially social distancing.

Mr Mishra had rejected the first call for an assembly session last week, citing six reasons that included the absence of a date and agenda for the session. The reasons listed also mentioned that the issue of rebellion of Mr Gehlot's former deputy Sachin Pilot and the MLAs supporting him was now in the courts. To negate the argument, the Congress withdrew its petition from the Supreme Court this morning.

The Congress had challenged the Rajasthan High Court order offering relief to party rebel Sachin Pilot and his MLAs from the disqualification proceedings in the Assembly following their open rebellion.

But on Thursday, the Supreme Court refused to stop the High Court from ruling on the rebels' petition, saying the "voice of dissent cannot be suppressed in a democracy".

Mr Gehlot had earlier accused Mr Pilot of being involved in the alleged horse-trading and BJP mechanisation to topple his government. He has also said the Governor was acting under the pressure of the BJP.