"The attached assets include 12 flats, 3 plots, a building and 31 bighas agricultural land located in Jaipur, Jodhpur, and Delhi and some amount lying in bank accounts," the ED said in a statement. 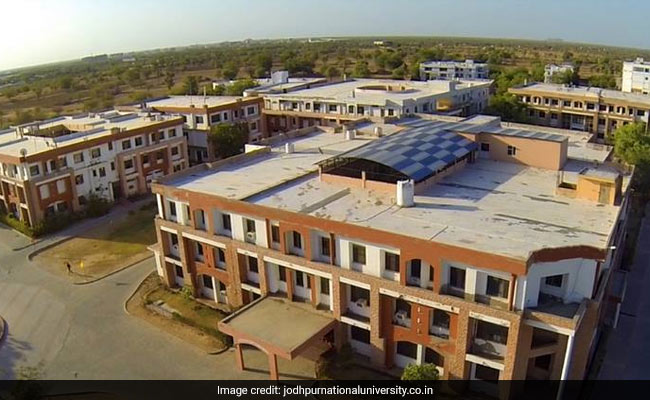 The Enforcement Directorate (ED) has attached about Rs 13 crore worth properties of Kamal Mehta, former chairman of the Jodhpur national university, in connection with a money-laundering probe linked to alleged issuance of fake degrees, the agency said on Tuesday.

"The attached assets include 12 flats, 3 plots, a building and 31 bighas agricultural land located in Jaipur, Jodhpur, and Delhi and some amount lying in bank accounts," the ED said in a statement.

The case relates to the issuance of fake degrees and mark sheets, it said.

A provisional order in this context has been issued under the Prevention of Money Laundering Act (PMLA) by the Jaipur office of the central probe agency and the assets are worth Rs 12.98 crore.

The agency, in 2017, had attached properties worth Rs 8.53 of Kamal Mehta and his trust that ran the private university.

The agency initiated a probe in the case after taking cognisance of an FIR and charge sheets filed by the Jaipur special operations group (SOG) of the state police against Kamal Mehta and his associates.

"Accused Kamal Mehta is a Managing Trustee of Kushal Education Trust and had established Jodhpur National University at Jodhpur in 2008," the ED said.

"While working as the chairman of university, he actively indulged in running a syndicate for issuing and selling fake degrees and mark sheets to students for money," the ED alleged.

He appointed four national coordinators of the university by issuing fake authorisation letters in the name of Registrar for the purpose of collection of fees, forms and conduct of examination, the ED said.

These national coordinators, it said, had various centers, sub-centers under them at various places in the country.

"The appointment of national coordinators and centers, sub-centers was not approved by the University Grant Commission," the ED said.

The agency said its probe found that "Kamal Mehta illegally received around Rs 22.3 crore through these national coordinators. These amounts were deposited in various bank accounts opened in the name of Jodhpur National University, Kushal Education Trust, and Surya Nagri Education Trust and other different entities at Jaipur and Jodhpur."

The accused "established parallel office in Jaipur and issued more than 25,000 degrees, mark sheets to various students between 2010 and 2014," according to the agency.

A complex maze of financial transactions was carried out through which illicit money was transferred, layered and placed in bank accounts of different entities and invested into a number of movable, immovable properties in the name of Kamal Mehta, his wife Sarita Mehta, Kushal Education Trust and his other entities, the ED said.