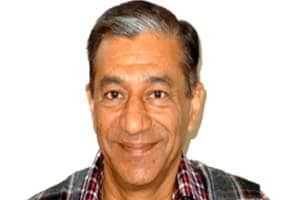 New Delhi: The appointment of former CBI Director Ashwani Kumar as a Governor is threatening to snowball into a major political controversy. Mr Kumar was appointed the Governor of Nagaland by President Pranab Mukherjee.

Reacting to this, BJP leader Murli Manohar Joshi said the move shows how the CBI is complicit with the Congress government.

"If you just have a look at successive appointments of various CBI Directors to the posts of Governors and different other assignments, it proves that the CBI has been used in a quid pro quo. It's in the form of the news assignment. The person may be qualified or may not be qualified, but he has been given the assignment. The police officer being appointed into, say, NHRC (National Human Rights Commission)," he said.

But V Narayanasamy, Minister of State in the Prime Minister's Office and the minister in-charge of CBI, rejected this allegation saying the BJP should look at how many police officers it appointed as Governor too.

Ashwani Kumar, who was the Director of the CBI from August 2008 to November 2010, is the first head of the agency to be appointed as a Governor.

62-year-old Kumar, who has worked in various positions in CBI and elite SPG (Special Protection Group), completed his doctorate from Himachal Pradesh University.

Former Delhi Police Commissioner Nikhil Kumar, who was serving as Governor of Nagaland, has been transferred and appointed as Governor of Kerala for the remainder of his tenure by President Pranab Mukherjee.

Promoted
Listen to the latest songs, only on JioSaavn.com
Karnataka Governor H R Bhardawaj was looking after Kerala after the death of M O H Farooqui in January last year.