The women she has accused of being behind her exploitation are Sunita Varma (alias Sampat Bai) of the BJP Mahila Morcha and Poonam Chaudhary (alias Pooja) of the Congress-affiliated Seva Dal. 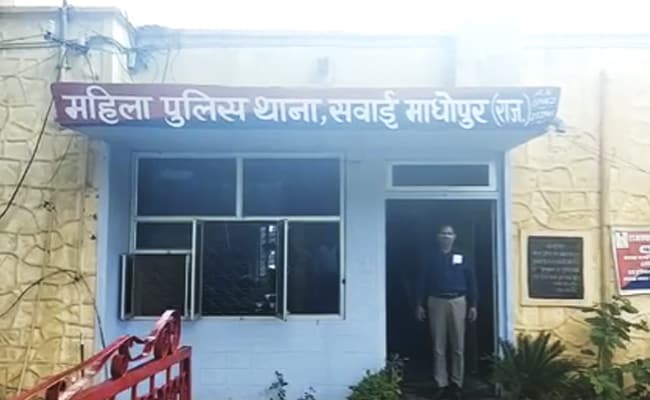 The women were suspended by their respective parties after they were named as main accused.

A prostitution ring in Rajasthan's Sawai Madhopur that involves local politicians from both the BJP and the Congress has sent shockwaves around the city. The racket was exposed after a 17-year-old girl - a student of Class 8 - said she had been sexually exploited by several men between October 2019 and May 2020.

The women she has accused of being behind her exploitation are Sunita Varma (alias Sampat Bai) of the BJP Mahila Morcha and Poonam Chaudhary (alias Pooja) of the Congress-affiliated Seva Dal. Both were suspended by their respective parties after they were named as the main accused.

While Sunita Varma (and three government employees) were arrested on Saturday, Poonam Chaudhary and two others have, so far, evaded capture.

The young girl's parents have alleged that Poonam Chaudhary and Sunita Varma would get in touch with them (and the families of other girls) on the pretext of work related to their organisations.

The girls were then sent to government employees in exchange for money or favours.

"She (the daughter) has claimed that the racket involved 30 to 35 girls. She (the accused) would lure them by saying she could help them get married, and send them to Kota or Jaipur. I think more girls are involved. There could be some big names also," the 17-year-old girl's mother said.

The young girl said Sunita Varma forced her to have sexual intercourse with several people and that the act was filmed. The video was later used to blackmail and exploit her further.

"Sunita Varma is head of the BJP's women's wing in Sawai Madhopur. Her accomplices are Hira Lal and Poonam Chaudhary. They would send this girl to known people to be sexually exploited," Omprakash Solanki, the investigating officer and Deputy Superintendent (Women's Cell), said.

Mr Solanki said investigations into the size and extent of the scandal were ongoing.

Sunita Varma and Hira Lal (Meena) are in police custody and are being interrogated, he added.

A case has been registered under various sections, including those related to gang rape, and under POCSO (Protection of Children from Sexual Offences) Act, the police have said.

Meanwhile, BJP district president Bharat Lal Mathuria has rushed to distance the party from Sunita Varma, declaring that she was sacked from her post and expelled from the party.