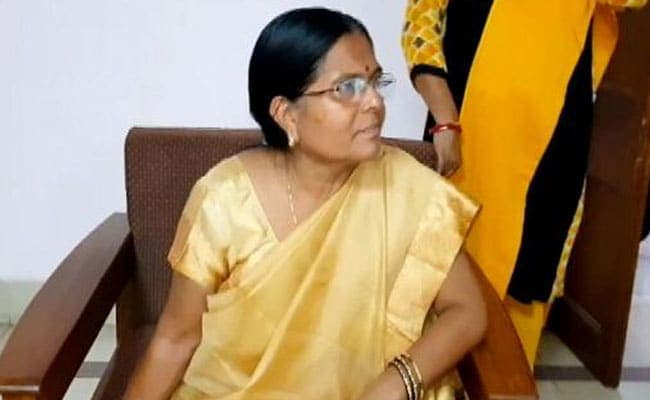 The Bihar government has been facing the top court's ire for its inability to trace Mr Verma who is on the run to escape arrest.

Taking a strong view of the manner in which shelter home case was being handled by the state administration, the top court had asked Bihar police chief to be present on November 27, if Ms Verma has not been traced by then.

Ms Verma had stepped down as the Social Welfare Minister of Bihar in August after her husband, Chandrashekhar Verma, came under scan for allegedly visiting the Muzaffarpur shelter home multiple times.

Over 40 young girls were sexually abused in the Muzaffarpur shelter home in Bihar. Mr Verma, a close aide of the prime accused in the case, Brajesh Thakur, has since been surrendered.

The sexual exploitation of the girls was first brought to the fore in an audit report by the Tata Institute of Social Science (TISS) submitted to the state social welfare department in April.

After the Supreme Court came down heavily on the Nitish Kumar government for three successive days, a non-bailable arrest warrant was issued against Ms Verma on November 1. "Is the former minister above the law," the top court had asked.

In August, the police had raided the former minister's premises in connection with the Muzaffarpur shelter abuse case and seized 50 live cartridges from one of her houses. Following this an arrest warrant was issued against her under the Arms Act. The first case in in the shelter home abuse case was filed on May 31 against 11 people, including Mr Thakur.