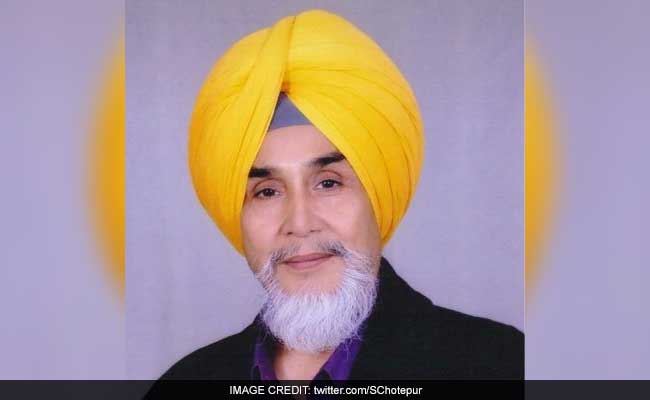 Chandigarh: More than a month after he was sacked as Aam Aadmi Party's Punjab convener, Sucha Singh Chhotepur today floated a regional political outfit 'Aapna Punjab Party' which will fight in the 2017 Assembly polls in the state.

He also announced that a 'Punjab Progressive Alliance' will be set up soon, comprising like-minded parties and people which will jointly contest elections in all 117 Assembly seats.

Mr Chhotepur, who resigned from the party on Friday, said floating of a regional party was the "need of the hour" after national parties like Congress, BJP, AAP and regional party SAD "failed" to take care of the interest of Punjab.

"(Parkash Singh) Badal who should have taken interest in the overall development of the state was busy in promoting his family's interest. Congress has also ignored the interest of Punjab. While AAP which promised the moon to people did the opposite of what it promised. I was not given any fund, political power and it ignored the interest of the volunteers," Mr Chhotepur said.

"It is essential for Punjab to have a regional party which can take care of the interests of Punjab. Several regional parties in other states are already performing well," Mr Chhotepur said, adding the outfit will soon announce its district presidents and state committee.

On queries about tie-up with Navjot Singh Sidhu-led Awaaz-e-Punjab, Mr Chhotepur said he will welcome the ex-cricketer-turned-politician if he wanted to have an alliance with him.

"Many people are in contact with us to work and Punjab Progressive Alliance will be set up to jointly fight elections in all 117 seats," he said.

He said suspended AAP MP Dharamvira Gandhi has also given his "blessings" to him.

While submitting his resignation, Mr Chhotepur accused party's national convener Arvind Kejriwal of not trusting him and not giving him any functional authority to run the party in Punjab.

Mr Chhotepur was sacked as state convener on August 26 after a video clip surfaced allegedly showing him taking bribe in exchange for poll tickets in a purported sting operation.