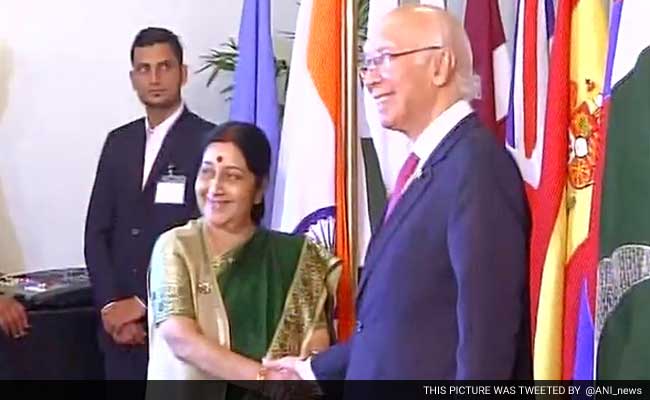 Ms Swaraj made the announcement following a meeting with Sartaj Aziz, the Pakistani Prime Minister's foreign policy adviser, at the Foreign Office in Islamabad.

Below is the full text of the joint statement:

1. The External Affairs Minister of India, Smt. Sushma Swaraj led the Indian delegation to the Fifth Ministerial Conference of the Heart of Asia-Istanbul Process in Islamabad on December 8-9, 2015. She called on the Prime Minister of Pakistan, Mr. Muhammad Nawaz Sharif and held discussions with Adviser to the Prime Minister on Foreign Affairs, Mr. Sartaj Aziz.

2. The EAM and the Adviser condemned terrorism and resolved to cooperate to eliminate it. They noted the successful talks on terrorism and security related issues in Bangkok by the two NSAs and decided that the NSAs will continue to address all issues connected to terrorism. The Indian side was assured of the steps being taken to expedite the early conclusion of the Mumbai trial.

3. Both sides, accordingly, agreed to a Comprehensive Bilateral Dialogue and directed the Foreign Secretaries to work out the modalities and schedule of the meetings under the Dialogue including Peace and Security, CBMs, Jammu & Kashmir, Siachen, Sir Creek, Wullar Barrage/Tulbul Navigation Project, Economic and Commercial Cooperation, Counter-Terrorism, Narcotics Control, Humanitarian Issues, People to People exchanges and religious tourism.