India is now the largest buyer of Israeli military equipment, while Israel is India's largest customer after Russia. 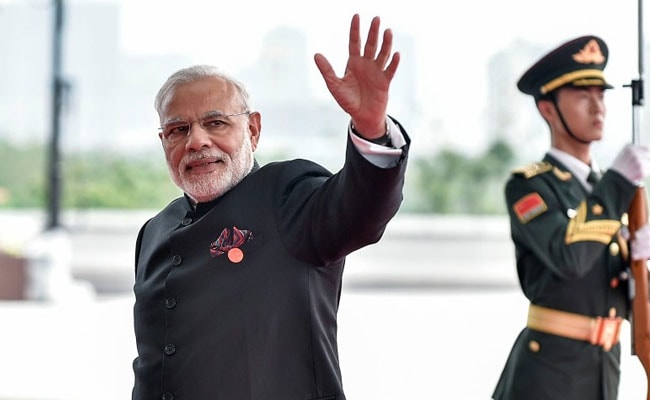 PM Narendra Modi's approach to Israel has been described as a marked change in foreign policy.

New Delhi: Prime Minister Narendra Modi will next month become the first Indian premier to visit Israel - news agency Press Trust of India reported that his three-day visit will begin on July 4 and he will meet his counterpart, Benjami Netanyahu, the same evening.

India is now the largest buyer of Israeli military equipment, while Israel is India's largest customer after Russia.

PM Modi will on July 5 address the Indians in Israel who have launched a website for his trip. About 80,000 Indian Jews belonging to four different communities - Bene Israel, Cochinis, Baghdadis and Bnei Menashe - live in Israel.

The two leaders have already met twice on the sidelines of UN-related events.

In April, India signed a $2 billion agreement with state-owned Israel Aerospace for missiles for its army and navy, giving Tel Aviv it's biggest-ever defense deal.

PM Modi's approach to Israel has been described as a marked change in foreign policy. His government has shed his predecessors' reservations on talking about India's ties with Israel. In 2015, the Israeli Defence Minister Moshe Ya'alon visited Delhi and said India's warmer and closer relationship with his country is no longer under wraps. "We used to have our relationship, security wise, behind the scene," he said in a speech.

The roots of PM Modi's Israel relationship go back to 2006, when he was Chief Minister of Gujarat and visited the region to explore new ideas in irrigation, an area of Israeli expertise.

"The visit is a big milestone," said Shailesh Kumar, a senior Asia analyst at political risk firm Eurasia Group to Bloomberg. "Officials in both countries believe they face a common external threat: terrorism. Working with Israel fits into Modi's bigger pivot of deeper relations with the US given the US-Israel friendship."

Last month, Palestinian President Mahmoud Abbas visited Delhi and was assured by PM Modi that "India has been unwavering in its support of the Palestinian cause."

Promoted
Listen to the latest songs, only on JioSaavn.com
The two countries registered bilateral trade of about USD 4.5 billion last year.

In 2015, India abstained from a UN vote on Israel's offensive on Gaza the previous year but Delhi said that its decision was based on problems with the text of the resolution. 41 countries voted in favour of the resolution against Israel, while only the US voted against it.