Linda Reynolds said the recently concluded joint naval exercises in the Indian Ocean is a reflection of the strengthened relations as comprehensive strategic partners. 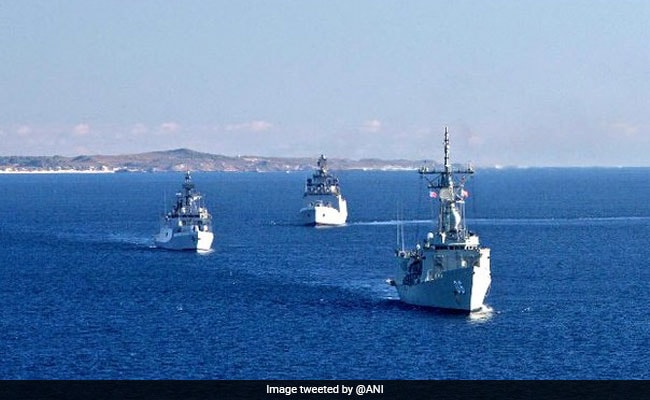 Australia continues to enhance its engagement with like-minded countries, such as India, in support of a shared vision for a more secure, open, inclusive and prosperous Indo-Pacific, Defence Minister Linda Reynolds has said, amid China flexing its muscles in the resource-rich region.

Ms Reynolds said the recently concluded joint naval exercises in the Indian Ocean is a reflection of the strengthened relations as comprehensive strategic partners.

The Indian Navy and the Royal Australian Navy last week completed a two-day mega exercise in the northeast of the Indian Ocean that featured a range of complex naval manoeuvres, anti-aircraft drills and helicopter operations.

It is the first major military exercise by India and Australia after they elevated their ties to Comprehensive Strategic Partnership and signed a landmark deal for reciprocal access to military bases for logistics support in June.

"We continue to enhance our engagement with like-minded countries, such as India, in support of a shared vision for a more secure, open, inclusive and prosperous Indo-Pacific," Ms Reynolds said in a statement.

"Our defence relationship with India is at an historic high point after the Prime Ministers' Virtual Summit earlier this year, and I look forward to further developing our comprehensive partnership into the future," she said.

Ms Reynolds said the joint exercise showcased the interoperability of the two navies.

Australia's HMAS Hobart, the lead ship of the Hobart-class air warfare destroyers, sailed along with the Indian Navy's stealth frigate INS Sahyadri and missile corvette INS Karmuk during the exercise.

The naval exercise comes at a time when India is expanding deployment of its warships in the Indian Ocean region in the wake of its tense border standoff with China in eastern Ladakh. The Indian Ocean, considered the backyard of the Indian Navy, is critical for India's strategic interests.

It was the fourth major bilateral military drill by the Indian Navy since June. India has already carried out similar exercises with the navies of the US, Japan and Russia.

The latest engagement provided the Indian and Australian navies the opportunity to practice a range of naval activities, including combined manoeuvres and surface warfare serials.

The Naval Passage Exercise is part of the Royal Australian Navy's Regional Presence Deployment through Southeast Asia and the Pacific.

The Mutual Logistics Support Agreement (MLSA) allows militaries of the two countries to use each other's bases for repair and replenishment of supplies besides facilitating scaling up of overall defence cooperation. India has signed similar agreements with the US, France, Singapore and Japan.

The Science and Technology Implementing Arrangement will facilitate improved collaboration between the defence science and technology research organisations of both countries.

"We now have a solid framework for Indian and Australian defence organisations to enhance our research collaboration and develop defence capabilities that help maintain our technological edge in this era of rapid change and increasing threats," Ms Reynolds said.