The Ganga is one of the world's filthiest rivers, with tons of raw sewage and industrial waste dumped into it daily. 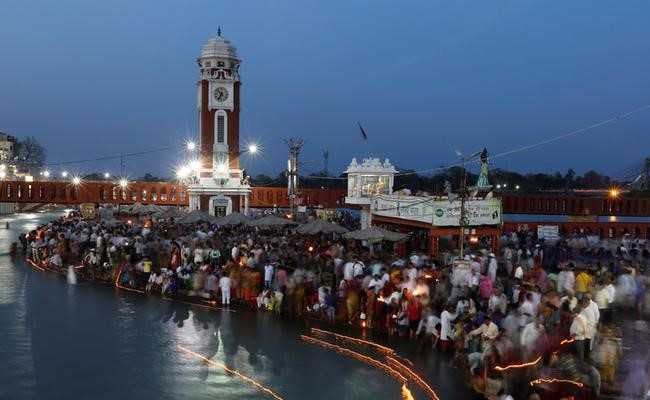 For Ganga, dumping of any waste within 500 metres from edge is banned by National Green Tribunal

New Delhi: In its latest move to protect the Ganga, the country's top green court has banned the dumping of any kind of waste within 500 metres of the river's edge; anyone caught littering the river will be charged Rs 50,000.  It has also instructed the government of Uttar Pradesh to move polluting tanneries and to set up guidelines - along with the hill state of Uttarakhand - for religious activities held on the ghats of the river and its tributaries.

The Ganga is one of the world's filthiest rivers, with tons of raw sewage and industrial waste dumped into it daily.  It begins as a crystal clear river high in the icy Himalayas but pollution and excessive usage transforms it into toxic sludge on its journey through burgeoning cities, industrial hubs and past millions of devotees.

Less than a quarter of an estimated 4,800 million liters of sewage that flow daily into the 1,570-mile river  from main towns and cities is treated.

Sliding under bridges in the industrial city of Kanpur, the water's color turns dark gray. Industrial waste and sewage pour in from open drains, as clouds of foam float on its surface. At one stretch, the river turns red.

Nearby, tannery workers haul chemical-soaked buffalo hides into huge drums. The filthy run-off is dumped in the river, which is a destination for waste produced by 760 industrial units described "grossly polluting" by experts.

Prime Minister Narendra Modi's government has pledged to build more treatment plants and move more than 400 tanneries away from the river, but his $ 3 billion clean-up plan is badly behind schedule. The National Green Tribunal today said that the government of Yogi Adityanath in Uttar Pradesh has six weeks to relocate tanneries from Jajmau to Unnao or any other place it considers appropriate. There are nearly 450 tanneries in the state that back onto the river. Only 14 had been shut by March.

Promoted
Listen to the latest songs, only on JioSaavn.com
Much of the money allotted to PM Modi's flagship initiative to clean the river is unspent said officials from the National Mission for Clean Ganga (NMCG), a government body overseeing the project, to news agency Reuters in April. The report said that of the $ 3.06 billion allotted for the clean-up in the five years to 2020, a January presentation on the project showed just $205 million had been spent between April 2015 and March 2017.

The National Green Tribunal in February ruled "not a single drop of the Ganga has been cleaned so far", accusing the government of wasting public money.