VK Saxena's move comes as AAP holds sit-in outside his home for "delaying" the file; AAP's Sanjay Singh says file-reversal is "symptom of an illness" 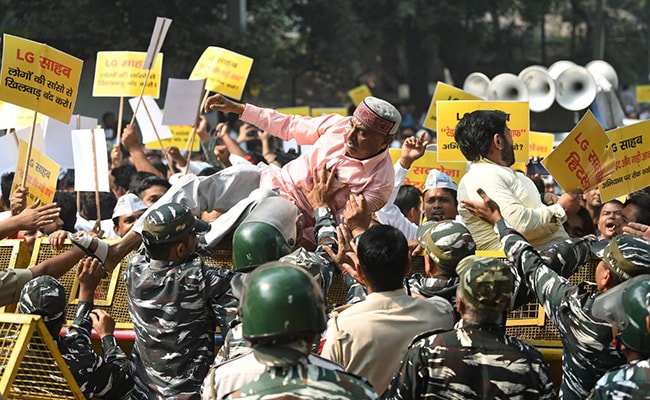 In the AAP-vs-Centre battle over what's right for Delhi, traffic lights are the latest battlefront. Delhi Lieutenant Governor VK Saxena, appointed by the BJP's central government, sees no logic in the AAP government's drive to ask commuters to switch engines off at traffic signals as an "anti-pollution" measure.

He has returned the file to Chief Minister Arvind Kejriwal for reconsideration — a set of questions attached — of the "Red Light On, Car Off" campaign whose publicity had already begun.

The AAP, which held a protest at Mr Saxena's home, said the move is "another symptom of his illness", and later added that it would resubmit the file.

"He has an illness called 'chhapaas' (wanting to be in the news)," AAP MP Sanjay Singh said about the Mr Saxena, "A lot of diseases have been spreading in our country. I pray that the LG stays healthy. But he has caught this incurable disease."

"He is the first LG who is supporting pollution," said Mr Singh.

But Mr Saxena has said, "There is no evidence that air pollution can be controlled this way. Information about effects seen through such campaigns in the past has not been given in the proposal."

The file-reversal came as several leaders of the Aam Aadmi Party, earlier today, held a sit-in outside Mr Saxena's home for "delaying" the file. 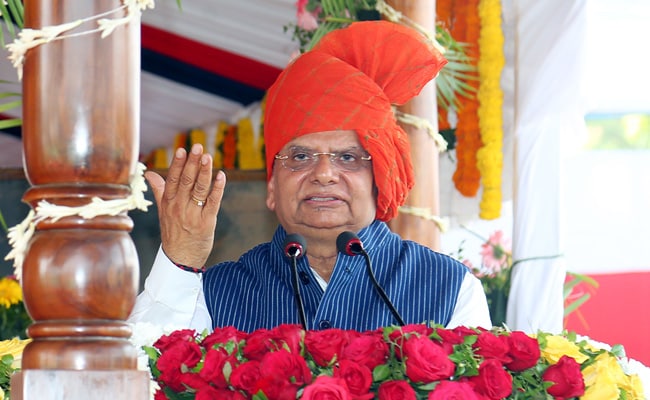 Mr Saxena has said Chief Minister Kejriwal sat on the file for 10 days before sending it to him on October 21. According to the Lieutenant Governor, Environment Minister Gopal Rai and Arvind Kejriwal are making false claims that the scheme was to begin from October 28, while the date given to his office was October 31.

Delhi's air quality continues to dip nonetheless, even as AAP and BJP's rhetoric gets sharper ahead of civic body polls set to be announced anytime now. The AAP, which has made "garbage mountains" an issue in Delhi, is also challenging an entrenched BJP in poll-bound Gujarat, Prime Minister Narendra Modi's home state, and has been making bids to get some of the BJP's core Hindutva votes too. 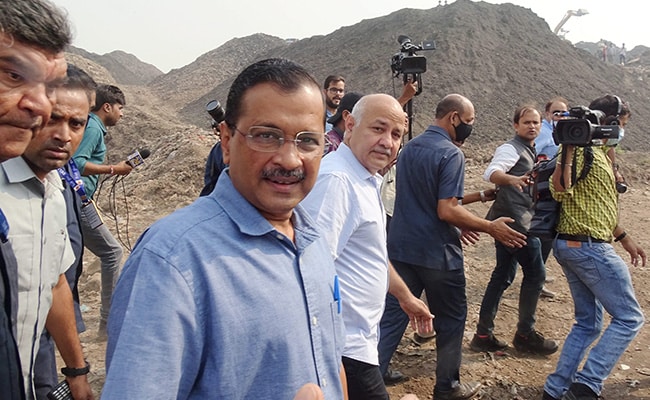 As for pollution, on Saturday, Delhi's Air Quality Index at 1 pm stood in the 400-500 range, or "severe" category. With pollution levels at its highest since January, some areas in Delhi are hovering close to 500 on the index.

Concentration of PM2.5 (particulate matter up to 2.5 micrometres in diameter) is at 40 to 60 times the World Health Organisation's annual safe limit. While paddy stubble burning in Punjab and Haryana are blamed, vehicular pollution and weather are factors too.

Red Light On Gaadi Off campaignDelhi pollutionDelhi AAP Vs BJP