Adhir Ranjan Chowdhury's remarks come after Prime Minister Modi announced that he is thinking about quitting the social media. 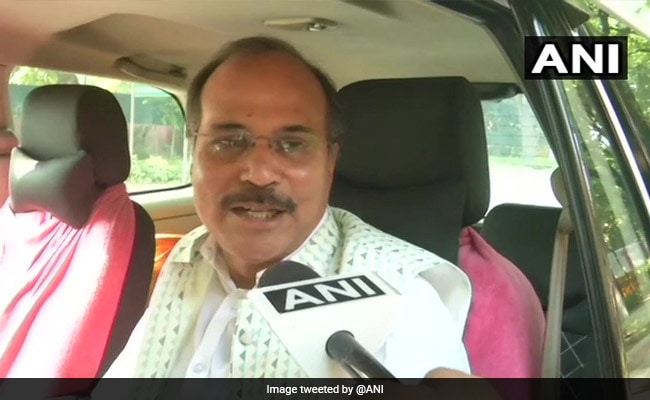 Congress MP Adhir Ranjan Chowdhury on Tuesday said that if Prime Minister Narendra Modi feels a moral responsibility for Delhi violence, he must follow the footsteps of the Lal Bahadur Shastri and Shivraj Patil instead of quitting social media.

"He (PM Modi) may be sad because people are raising fingers at him over Delhi violence. Those who have failed to perform their duties, they must follow the footsteps of Lal Bahadur Shastri and Shivraj Patil and resign," Mr Chowdhury told ANI.

Lal Bahadur Shastri had resigned as the Railway Minister following a train accident in 1956 while Shivraj Patil quit as Union Home Minster after facing criticism for the 26/11 Mumbai attack.

Mr Chowdhury's remarks come after Prime Minister Modi announced that he is thinking about quitting the social media.

On Monday, the prime minister had said that he is "thinking of giving up" his social media accounts.

Reacting to the message, Mr Chowdhury had said: "Modi ji's new ploy of leaving social media is to divert the attention of the nation from burning issues," Mr Chowdhury tweeted.

Over stalling proceeding of the Parliament, he said, "We want an opportunity to voice our opinion. That's all. Delhi violence must be discussed in parliament. We are not asking for something unjustified, we feel our demand is purely justified."

Both the houses of Parliament were adjourned on Tuesday amid continued ruckus over the Delhi violence.

The two Houses had faced repeated adjournments on Monday as well, with opposition MPs demanding a discussion on Delhi violence and the Chairs not permitting the same.

At least 46 people have died and more than 200 have been injured in the violence that rocked parts of Delhi for four days last week.

India's Strong Response To US About Human Rights Concerns: Report