The four towns of hilly state of Uttarakhand which would be connected by the ambitious all-weather 900-km highway project are -- Yamunotri, Gangotri, Kedarnath and Badrinath. 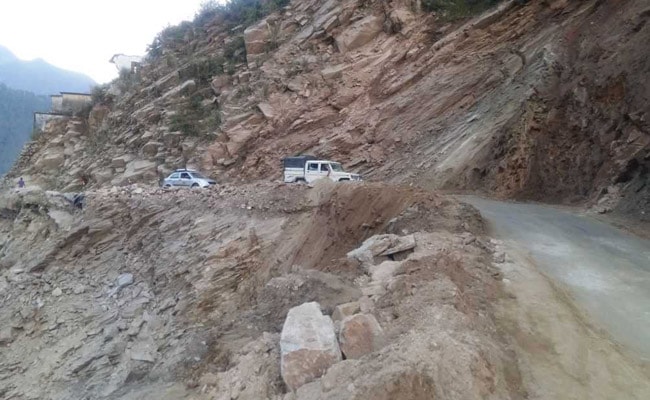 In 2018, the Highway Ministry issued a circular on width of roads for the Chardham project. (File)

The Supreme Court Tuesday said the 2018 circular of the Ministry of Road Transport and Highways (MoRTH) on width of roads in hilly and mountainous terrains be followed in construction of Chardham highway project, providing all-weather connectivity to four holy towns of Uttarakhand.

The circular says that carriageway width shall be of intermediate lane configurations, that is of 5.5 metre width, with two-lane structures.

The four towns of hilly state of Uttarakhand which would be connected by the ambitious all-weather 900-km highway project are -- Yamunotri, Gangotri, Kedarnath and Badrinath.

The matter came up for hearing before a bench headed by Justice R F Nariman which told Solicitor General Tushar Mehta that the authority needs to follow the 2018 guidelines.

"All you have to do is to go by your 2018 guidelines. How can you not go by your own guidelines?," the bench asked Solicitor General Tushar Mehta.

Mr Mehta said that the high-powered committee has submitted its report and there are some issues, including on the aspect of road width.

He said the "minority view" of the committee has said that intermediate carriageway width should be 5.5 metre for hilly terrain as per the 2018 circular.

Mr Mehta said that project covers areas of India-China border and as there are movement of Army vehicles, the intermediate carriage width should be 7 metre instead of the 5.5 metre.

Senior advocate Sanjay Parikh, appearing for the petitioner NGO, said that several directions have been violated by the authorities and this has caused devastation of mountains and trees in the area.
Parikh also raised the issue of tree felling in the area due to the project.

"We are not going into any roving inquiry. The narrow issue is about 2018 guidelines," the bench said.

The bench also observed that appropriate plantation be done there by the authority.

In August last year, the top court had cleared the decks for the Chardham highway project by modifying an National Green Tribunal order to constitute a high-powered committee to look into environmental concerns.

It had said that the high-powered committee shall consider the cumulative and independent impact of the Chardham project on the entire Himalayan valley, besides other things.