Flood-Hit Nagaland Yet To Receive Relief From Centre

The Nagaland Chief Ministers's Relief fund has received donations from individuals and NGOs. 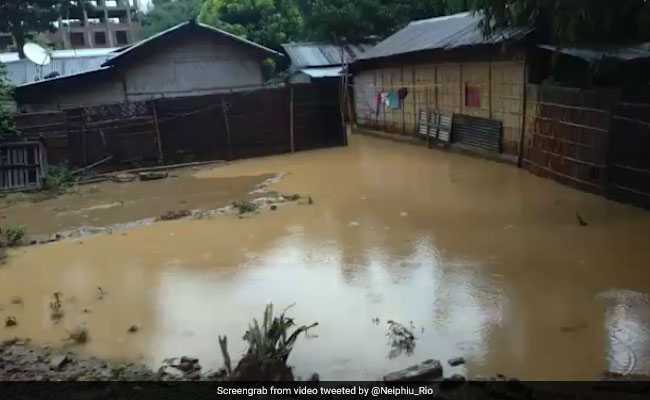 Nagaland has been hit by floods and landslides.

Flood-hit Nagaland is yet to receive any relief from the Centre or other state governments, the Assembly was informed on Tuesday. Donations received from individuals and NGOs under the Chief Minister's Relief Fund stand at Rs 4.69 crore, Chief Minister Neiphiu Rio said.

"The amount is being utilised for relief, rehabilitation, ex-gratia for the affected families and to meet the critical gaps not covered under National Disaster Response Force sanctions," he said in a written reply to a query from opposition MLA Muthingyuba Sangtam.

Flashfloods and landslides in Nagaland have affected at least 13.19 per cent of the state's population.

After Kiren Rijiju's visit on August 6, the state government had submitted a memo seeking a fund of Rs 800 crore.

The chief minister said in the assembly that detailed list of affected persons are being compiled by the administration of the affected districts.