According to the Assam State Disaster Management Authority (ASDMA), four people died due to flood and landslide related incidents during since Friday. 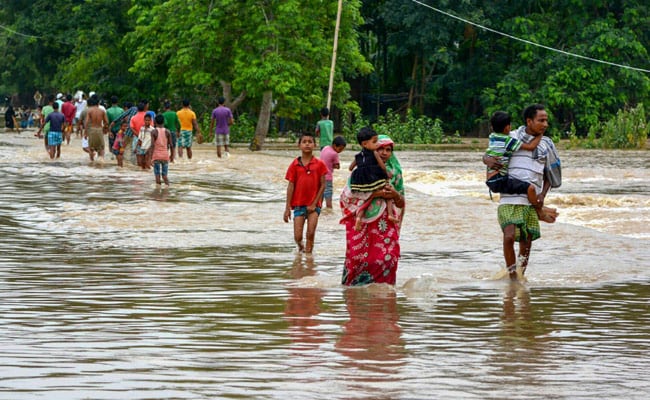 The number of damaged houses across the state has increased to 22,624 on Friday (PTI)

Assam: The flood situation in Assam worsened on Saturday as four more people lost their lives, with the death count in the region rising to 17.

Although the situation improved marginally in Tripura and Mizoram since Friday, one person died in Manipur from flood-related incidents.

According to the Assam State Disaster Management Authority (ASDMA), four people died due to flood and landslide related incidents during since Friday.

While two people died in Assam's Cachar district, one person died in Lanka region of Assam's Hojai, it added.

With this, the total number of deaths have gone up to seven in the first wave of flood this year.

Karimganj has been the worst hit with over 1.95 lakh people affected by floods, followed by Hailakandi with almost 1.89 lakh people.

In Manipur, one person died in Imphal West district.

However, the intensity of rainfall decreased in Imphal on Saturday morning, but the situation was yet to improve in the valley districts of Thoubal, Imphal West and Bishnupur.

A fisherman drowned in a swollen river in Imphal West district on Friday, a report issued by the Relief and Disaster Management Department noted, adding that more than 1.8 lakh people have been affected by the floods.

The number of damaged houses across the state has increased to 22,624 on Friday from 12,500 on Thursday, necessitating the setting up of 48 new relief camps.

Promoted
Listen to the latest songs, only on JioSaavn.com
The flood situation improved slightly in Tripura even as over 40,000 people continue to remain stranded in 189 relief camps across the state, sources said.

The flood situation also improved in Mizoram on Saturday.