The date for the first flight, a key step before Boeing seeks federal certification on the new plane, could still slip depending on weather, the sources told the AFP. 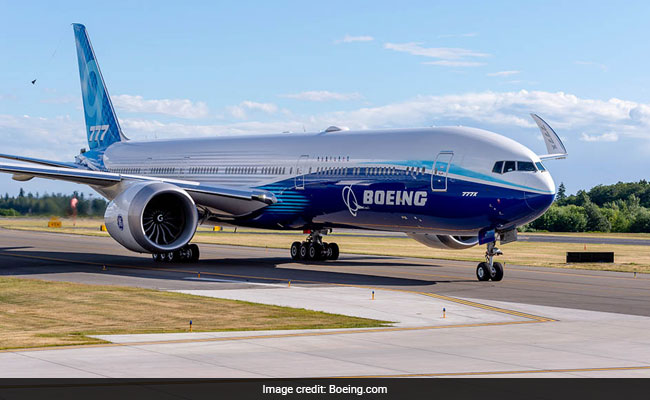 Boeing plans the first flight for its new long-range 777X on Thursday. (Boeing.Com)

Following months of delay, Boeing plans the first flight for its new long-range 777X on Thursday, two people with knowledge of the matter said Tuesday.

The date for the first flight, a key step before Boeing seeks federal certification on the new plane, could still slip depending on weather, the sources said.

The flight had initially been planned for summer 2019 but was shifted back due to a number of issues, including with a new engine built by General Electric.

The flight is scheduled to take place in Seattle, the sources said.

Boeing has been under intense scrutiny following the March global grounding of its 737 MAX plane after two deadly crashes.

A spokesman for the US Federal Aviation Administration said the 777X flight was expected soon "but the timing is entirely up to Boeing."

There have been 340 orders for the 777X, mostly from giants such as Emirates, Lufthansa, Cathay Pacific, Singapore Airlines and Qatar Airways.

The plane is a rival option to the Airbus A350.

If all goes well with the first flight, Boeing will then submit documents to the FAA as part of the formal certification process, which includes a certification test flight.

Boeing is now targeting early 2021 for first commercial deliveries of the plane, later than the mid-2020 timeframe previously targeted.

Development of the long-range aircraft, which can take between 384 and 426 passengers, hit a snag in September when the fuselage of the plane split during a stress test.