Nandurbar district, located in northwest corner of Maharashtra, is around 450 kms away from Mumbai. 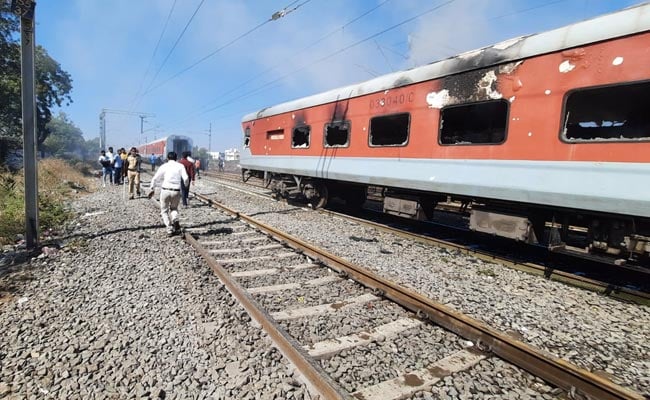 The blaze erupted around 10.45 am when the train was near a railway station in Maharashtra.

A fire broke out in the pantry car of the Gandhidham-Puri Express train on Saturday when it was near Nandurbar railway station in Maharashtra, but no casualty was reported, a police official said.

"Due to the fire, smoke engulfed the pantry car. Passengers on board panicked and a few of them even jumped out of the train when it was moving slowly. The train was soon brought to a halt," the official said.

The local police, fire brigade and disaster management teams were alerted and the firefighting operation was launched immediately. It is still on, he added.

The cause of the fire is being ascertained, the police official said.

Nandurbar district, located in northwest corner of Maharashtra, is around 450 kms away from Mumbai.