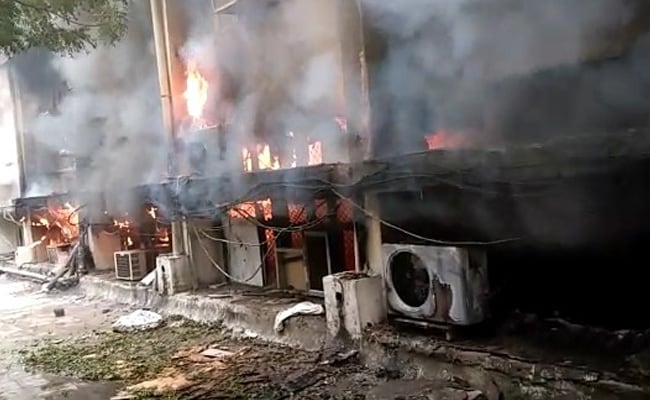 Fire broke out at Delhi Transport Department office at around 9 am.

A huge fire broke out at Delhi Transport Department office in Civil Lines area of the city this morning. Ten fire engines were rushed to the spot.

The fire broke out at 8:38 am, according to Delhi Fire Services. The cause of the fire is not yet known.

Photos show ground floor of the building engulfed in flames as billows of smoke rose up in the sky.

The latest incident comes weeks after nine people, including three children, were killed in a fire at a cloth warehouse in northwest Delhi. The building in Kirari area had no fire equipment and only one staircase.

Last month, 43 people were killed when they were trapped in a massive blaze at an illegal bag-and-paper factory near central Delhi. The fire at Anaj Mandi was the second worst in the national capital after the Uphaar Cinema tragedy that left 59 dead and injured more than 100 people.

The National Human Rights Commission (NHRC) had described the Anaj Mandi fire incident as a "catastrophe" that was waiting to happen".