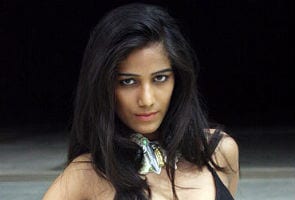 Balrampur (Uttar Pradesh): Complying with a court order, an FIR was lodged against model Poonam Pandey, who had reportedly said she would bare all if India win the World Cup cricket final on Saturday, on the charge of obscenity.

The FIR was registered against the model at Balrampur Dehat police station after Chief Judicial Magistrate Subhash Chandra issued an order to this effect, taking suo motu cognizance of media reports about her announcement, police sources said.

Promoted
Listen to the latest songs, only on JioSaavn.com
The Kingfisher model said this would be her way of expressing support to Team India.