Responding to the post, GoAir wrote, "We thank you for reaching out to us and we regret any inconvenience cause. You will hear from our office soon." 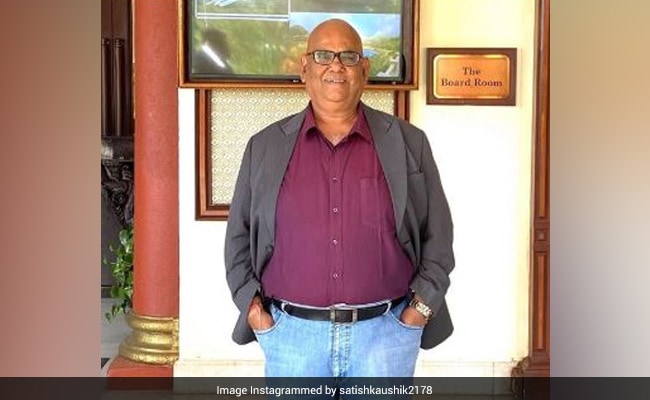 Go First Airlines expressed regret and assured to get back

Actor and filmmaker Satish Kaushik on Wednesday slammed Go First Airlines for using “dubious ways” to fleece passengers. Responding to the Instagram post, the air carrier expressed regret and said the filmmaker will hear from them soon.

In an Instagram post, Mr Kaushik said that his office had booked two seats “in the first row with middle seat” on flight “G8 2315”, and had also paid Rs 25,000. The flight was from Mumbai to Dehradun on June 23. He alleged that the flight had sold the middle seat to another passenger despite his office paying for it.

Satish Kaushik said a person called Mr. Zubin from Go First tried to help by telling the passenger that he would adjust him on the next flight but that passenger was adamant.

The flight was on hold as the staff inside the aircraft were unable to find a seat for the passenger. So, Mr Kaushik decided to offer the seat to the fellow passenger. He added, “Zubin and the air hostesses who were aghast at the mistake of their own organisation thanked me.”

The filmmaker claimed that the air hostess asked him to send a mail to the airline's office “about this unfortunate glitch from their side” and seek an apology.

He said Mr Zubin also told him that he would inform the office and ensure that he gets a refund for the seat. “I told Zubin that it will never happen,” wrote Mr Kaushik. He added that his office has been contacting the customer care of the airlines and their reply was no refund.

“Is this the way to earn extra money by harassing a passenger. It is not about getting a refund but about voicing your grievance,” he wrote.

Mr Kaushik said he could have held the flight but didn't do it because he didn't want to keep the passengers waiting after “three hours of torturous delay”.

Responding to the post, the airline said, "We truly regret the inconvenience caused to Mr. Satish Kaushik regarding the middle seat - Go More - on flight "G8 2315". We are terribly disappointed by what occurred on his journey and believe that such mistakes should not be condoned, and that no consumer should ever be put through such an ordeal."

"GO FIRST immediately contacted and apologized to Mr. Satish Kaushik as well as offered a refund, which is presently being processed. Customer centricity has been the very core of GO FIRST's operational philosophy. With a focus on efficiency and customer satisfaction, GO FIRST endeavors to provide a seamless flying and airport experience to its passengers, in line with its "You come first" philosophy," a spokesperson of the airline said.