Indore Zoo in-charge said the forest department handed over a seven to eight-month-old male leopard cub to the zoo on Tuesday. 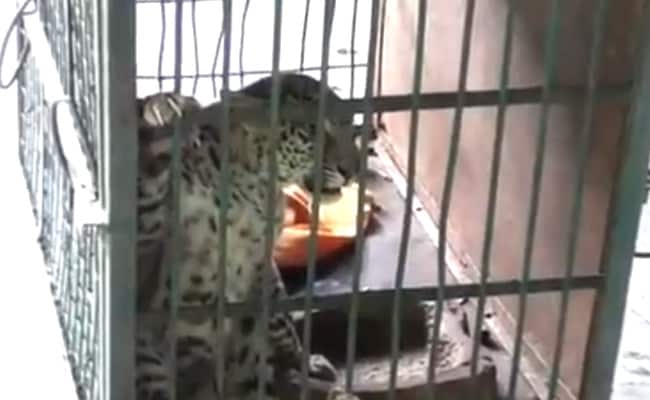 The condition of the leopard is stable.

Mystery surrounding the sudden disappearance of an eight-month-old leopard cub from Madhya Pradesh zoo continued for the seventh day today as a cub rescued by the forest department has turned out to be a male, while the one that went missing was said to be a female.

On December 1, a leopard with minor injuries was brought for treatment to Indore's Kamla Nehru Prani Sangrahalaya zoo from Burhanpur district, but it sneaked out of the cage, remained elusive for six days. On Tuesday, the leopard was found near the forest rest house in Navratna Bagh.

Forest Minister Vijay Shah had expressed displeasure over the disappearance of the leopard and action was taken to gear up the search process.

A team of 200 employees was deployed, CCTV cameras were scanned, and sniffer dogs were deployed to track the leopard. Six days later the injured cat was found in a forest guest house near the zoo. It was found to be severely dehydrated and was immediately administered saline.

NDTV accessed documents, which question the claims made by the forest department about the gender of the rescued leopard.

NDTV is in possession of the report by Burhanpur forest department which states that the leopard which went missing was a female, but the animal that that was rescued in Indore was male.

Indore Zoo in-charge Uttam Yadav said the forest department handed over a seven to eight-month-old male leopard cub to the zoo on Tuesday.

"As per the documents we found out that it was a female, but what we have now is definitely a male and we have mentioned the same in our documents," he said.

Meanwhile, Chief Conservator of Forests (CCF) of Indore range HS Mohanta said, "The doctor who prepared the panchnama should have mentioned it as unknown or unidentified in the gender column."

The forest department had earlier rescued the cub, which was found wandering in the forest area with injuries on its hind legs, after getting separated from its mother in Burhanpur district. The condition of the animal is now stable.