US Senator Kamala Harris' uncle Balachandran Gopalan, after watching the US vice presidential debate, said her mother would have been happy for her. 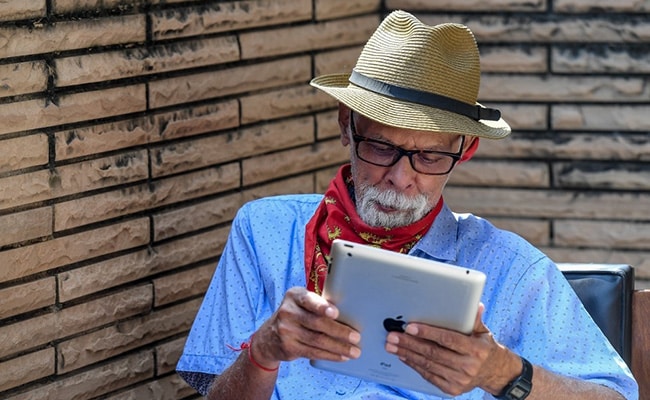 Balachandran Gopalan says Mike Pence has an albatross around his neck -- and that's Trump.

US Senator Kamala Harris' uncle in Delhi watched her vice-presidential debate with pride today, feeling "a little sorry" for US Vice President Mike Pence, who he said came up against a better-qualified foe.

"Expectations were too much of Kamala -- 'she'll wipe the floor', etc. But Pence has also been a Congressman knows how to debate. But Pence has an albatross around his neck -- and that's Trump," Balachandran Gopalan, 79, said after the US election debate in Salt Lake City.

"I felt a little sorry for Pence. You can't ask about the judiciary -- she was on the judiciary committee, was attorney general, on Black Lives Matter she's an expert, on the pandemic, he's on weak ground," the academic said.

Ms Harris, 55, was the first black attorney general of California, the first woman to hold the post, and the first South Asian American senator ever.

"My daughter in Washington watched (the debate), my sister in Toronto watched and my younger sister in Chennai also watched it," her uncle said.

"Her mother would have been happy for Kamala."

"Although maybe Shyamala was far more impatient than Kamala at times," he added. "I wouldn't be surprised if Shyamala was the debater or in the audience -- she would have said 'what rubbish are you talking, vice-president'."

"But Kamala was kinder."