As India's leadership strategized in meetings about a response to the Uri terror attack in which 18 soldiers were killed, a heartbroken father in Bihar declared: "If the government fails to take stern action, I will never let any of my sons join the army again."

Mathura Yadav's son, Naik Sunil Kumar Vidyarthi, was among the soldiers killed on Sunday in the attack on an army base in Uri by terrorists of the Jaish-e-Mohammed, whose chief Masood Azhar is based in Pakistan. "Pakistan should be given strict punishment," Mr Yadav said on Tuesday at his village in Gaya, where hundreds gathered for his son's funeral.

As Sunil Kumar Vidyarthi's family plunged into grief after learning of his death, his daughters were preparing for their exams.

With help and support from their mother, 13-year-old Arati and 8-year-old Anshika wrote their exams. Arati, a class 8 student who excels in studies, says it was her father's dream that she study aeronautical engineering in IIT.

"My father would always say no compromise with exams. No matter what," said Arati. "I want to become an engineer, my younger sister wants to be a doctor."

Promoted
Listen to the latest songs, only on JioSaavn.com
Arati and her siblings Anshika, Anshu and Aryan led their father's funeral procession.

Despite her grandfather's angry words, Arati said given the chance, she would like to join the army. "I am proud of my father because he did not die... he sacrificed his life for the nation. I wanted to join IIT Delhi... now I don't know whether it will be possible," she said. 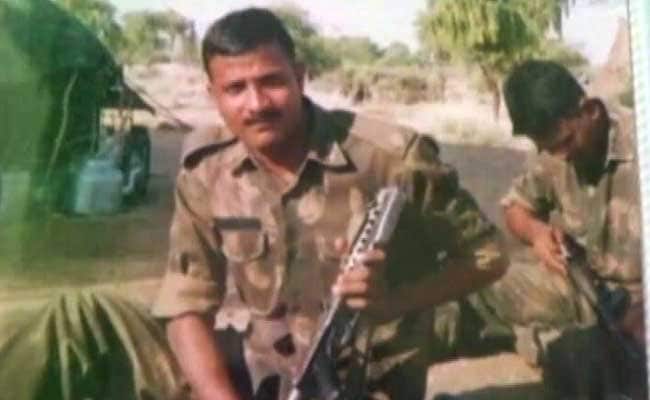 Naik Vidyarthi joined the army in 1998 and served in Nagaland, Punjab, Arunachal Pradesh, Andhra Pradesh and Delhi before Jammu and Kashmir. He was planning to retire next year but only after building a home in Gaya and taking care of his father's medical bills.