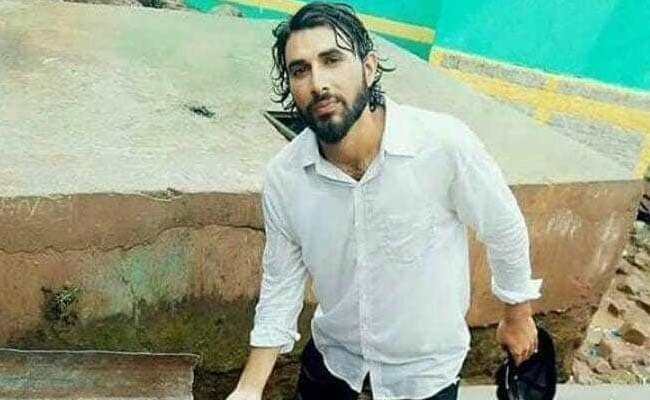 The father of Army jawan Aurangzeb, who was abducted and brutally killed by terrorists last year in Pulwama, Sunday joined BJP in presence of Prime Minister Narendra Modi at a public rally.

Mr Hanief, along with Mr Sharma, handed over a portrait of his martyred son to the prime minister as he welcomed them to the party.

Rifleman Aurangzeb of 44 Rashtriya Rifles was kidnapped and killed by terrorists in Pulwama district when he was on his way home to celebrate Eid on June 14. He was awarded Shaurya Chakra posthumously.

"I have joined the BJP for its pro-poor policies. Modi government is the best in the country which thinks about the poor unlike the previous governments," Mr Hanief said.

Earlier, state president of BJP Ravinder Raina announced the decision of Mr Hanief and Mr Sharma to join the party.