"Help Us Or Let Me Die": Father Of Girl With Rare Disease Appeals To PM

Sumer Singh, a labourer from Agra has been struggling financially, taking care of a daughter with a aplastic anaemia. 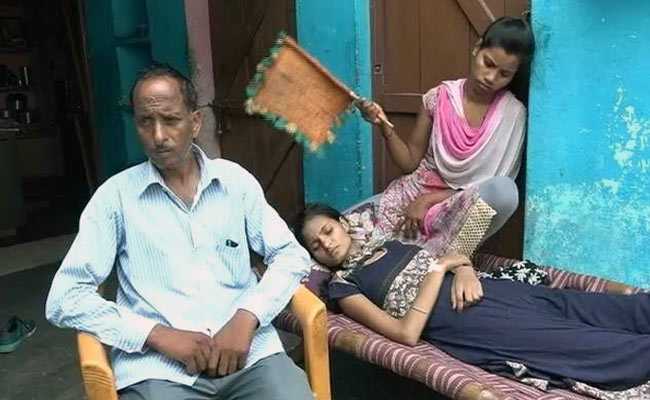 Sumer Singh said that he has spent Rs 7 lakh on his daughter's treatment.

For more than a year, Sumer Singh, a labourer from Agra has been tending to his sick teenage daughter. The 16-year-old girl suffers from aplastic anaemia, a rare condition in which the body stops producing a sufficient amount of new blood cells. Unable to bear the cost of her medical treatment and see his daughter suffer every day, he has made a heart-breaking appeal to Prime Minister Narendra Modi: to either help the family with treatment or euthanize him.

Sumer Singh said that he has spent Rs 7 lakh on his daughter's treatment. He has sold the little land he had and the small house that he lived in with his family. His daughter requires a blood transfusion every week. She also needs a bone marrow transplant and Sumer Singh has spent thousands of rupees just getting her siblings tested for a possible match.

"I took her to Delhi but no doctor saw us. Then, I took her to Jaipur and the doctor told me that she needs a bone marrow transplant, that would cost about 10 lakhs. I asked the doctor for a written estimate so I could ask a politician for help," he said.

"I went to Rajveer Singh, parliamentarian from Etah. He gave me a letter and asked me to deposit it in Delhi. He assured me that I would get the money I needed. I got no response, even fifteen days later. I went to Delhi again and took the letter back to Jaipur. The doctor told me that I needed to arrange more money for the treatment. I had received some money from PM's Relief Fund but that wasn't enough," he added.

Sumer Singh said that it is extremely painful for him to see his daughter suffering every day. "It is better to die than live such a life. I request PM Modi to help arrange funds for my daughter's treatment. I cannot see her like this. If the government can't help my daughter, I only ask for death," he said.

Mr Singh's appeal comes amid heightened scrutiny of the country's healthcare system, prompted by the deaths of more than a hundred children in Bihar of acute encephalitis syndrome. India spends just over 1 per cent of its GDP or gross domestic product on healthcare - one of the lowest proportions in the world.