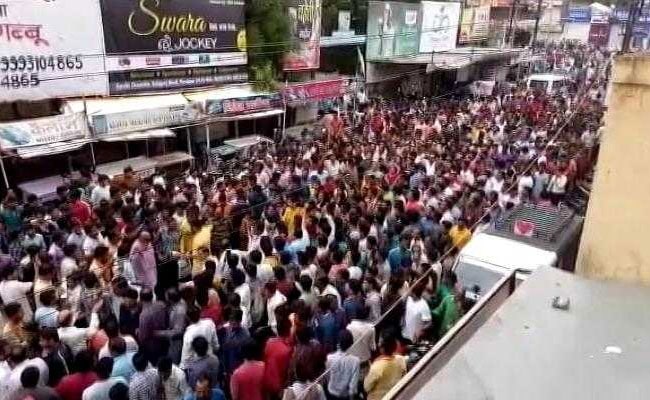 Thousands of people came on the streets in Mandsaur demanding justice for the girl.

Father of the eight-year-old who was raped in Madhya Pradesh's Mandsaur has demanded death sentence for the accused, suggesting that capital punishment was the only option for their heinous crime.

"I do not want any compensation. I just want the accused to be hanged till death," he said.

The young girl, a Class 2 student, was standing outside her school on Tuesday, waiting for her parents to pick her up outside when she was lured away by the two men, Irfan and Asif. They raped her, tortured her and then slit her throat before walking away, leaving her to die.

The girl, found brutalised some 700 metres from her school, did survive. But she is still battling for life.

But as word about her injuries spread, thousands of people came on the streets in Mandsaur this week to demand that the police hand over the accused to them for instant justice.

Mandsaur's top police officer Manoj Singh told Reuters that investigators are just waiting to speak with the seven-year-old girl once before filing formal charges in court.

The government said that Rs 5 lakh has been transferred to the girl's father account. "The Chief Minister has transferred Rs 5 lakhs in the victim's father's account. Hope police find the accused very soon so that can be hanged. The State government will take care of her health and education," Women and Child Development Minister Archana Chitnis said.

The mother of one of the accused has demanded for a CBI probe in the case. "I trust he is innocent. A CBI inquiry should be conducted in the case. If he is found guilty he should be severely punished," the mother told news agency ANI.

On Saturday, a Special Investigation Team (SIT) has been constituted to investigate the rape of an eight-year-old girl here, the police said.

"We are investigating the matter with top-most priority. A SIT has also been constituted. The second accused has also been sent to police remand. We are doing everything to get them the punishment they deserve," Mandsaur Chief Superintendent of Police (CSP) Rakesh Mohan Shukla told ANI.

Superintendent of MY Hospital, where the minor girl is undergoing treatment, told media that the victim is out of danger.

"Her condition is better than the one she was brought in and she's out of danger now. She's being given semi-solid food and is speaking today. We are monitoring her. She was also examined by doctors called from outside," he said.