"Nobody's father has made me Governor, will immediately step down from post if PM Modi asks," Satyapal Malik said. 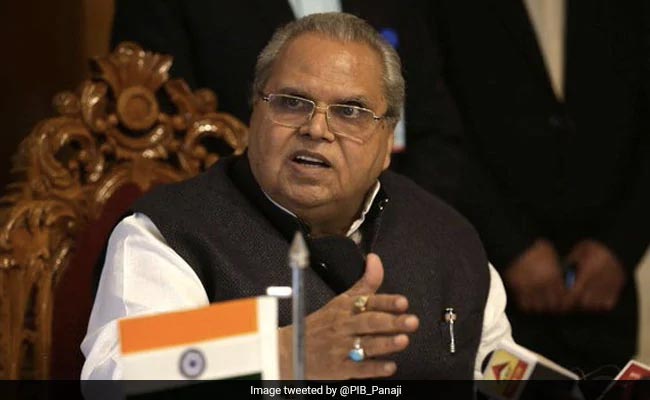 "I am from a farmer's family. I have no greed for the Governor's post," Satyapal Malik said.

I'll keep speaking up for farmers no matter what the consequences are, says Meghalaya Governor Satyapal Malik. He says the BJP has suffered heavy losses in Uttar Pradesh and other states because of the farmers' protests. "The government should listen to the farmers, they should understand that farmers won't return empty-handed," he told NDTV in an exclusive interview. He pointed out that there hasn't been one word of condolence from the government even as hundreds of farmers have died on the borders of Delhi during the protest against farm laws.

The Governor had recently attacked the Centre and the BJP over the farmers' issue and the Central Vista project. Appointed Governor - in Jammu and Kashmir and Goa, before being posted to Meghalaya - during the Narendra Modi term, Mr Malik has been taking swipes at the government.

Referring to critics who say that he is speaking against the Modi government even when they appointed him to the post of Governor, he says "nobody's father has made me Governor." He says that the Prime Minister has appointed him Governor and he'll immediately resign if PM Modi asks him to. He stresses that he will keep raising his voice for farmers no matter what the consequences are. "I am from a farmer's family. I have no greed for the Governor's post. When I first became Governor, I deliberately said that I won't continue in the post for long," he said, hinting that the Constitutional post wouldn't stop him from commenting on politics or criticising the government.

Mr Malik says the BJP will suffer huge losses in UP elections, and even possibly in the Lok Sabha because of the farmers' agitation. On the Lakhimpur Kheri violence where four farmers were killed, he says the Minister of State for Home Affairs Ajay Mishra Teni should tender his resignation voluntarily as his son is in prison for being involved in the violence. "The party's prospect will be hurt after the Lakhimpur incident. BJP lost the Rajasthan by-elections because of it," he said/

The Governor said that he has hope that the Prime Minister will listen to farmers, and he'll keep speaking up for them. "Chaudhary Charan Singh had said we shouldn't stop speaking up for our own people," he concluded.