The timeline of each account was blanked, "Account withheld" was written across it; below that it said: "Your account has been withheld in India in response to a legal demand" 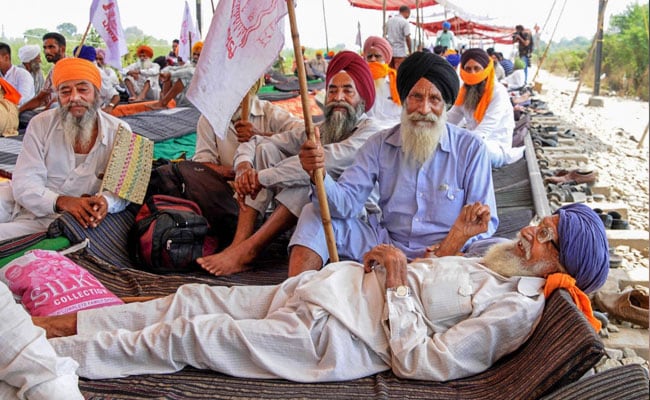 Hours after Twitter blocked around 250 accounts for tweeting, or retweeting, with the #ModiPlanningFarmerGenocide hashtag, and making "fake, intimidatory and provocative tweets" in connection with the ongoing farmers' protest, the social media giant began unlocking some of them.

By 9 pm accounts belonging to the Caravan magazine - against whose editors police filed a FIR, alleging the spread of false information about the death of a protester during the Republic Day tractor rally violence -, CPM member Mohammad Salim and farmer group Kisan Ekta Morcha were released.

Earlier, government sources said the IT Ministry had asked Twitter to suspend these and several other accounts. Sources said the request came from the Home Ministry and law enforcement agencies, and was made to prevent "escalation of law and order (situation) in view of the ongoing farmer agitation".

Apart from the accounts mentioned above, those belonging to journalists covering the farmers' protest and members of Delhi's ruling AAP, which had expressed support for the farmers, were also blocked.

"... @salimdotcomrade's account has been suspended... Multiple popular Twitter accounts, which were championing the cause of the farmers have been withheld by Twitter citing some "legal" request.  We condemn this & demand the suspensions to be removed immediately," the CPM tweeted in response.

CPIM PBM @salimdotcomrade 's account has been suspended by @Twitter. Multiple popular Twitter accounts, which were championing the cause of the farmers have been withheld by Twitter citing some "legal" request. We condemn this & demand the suspensions to be removed immediately.

The timeline of each blocked account was blanked and "Account withheld" was written across it. Below that it said: "Your account has been withheld in India in response to a legal demand".

"Such withholdings will be limited to the specific jurisdiction that has issued the valid legal demand or where the content has been found to violate local law(s)," Twitter said in its statement. 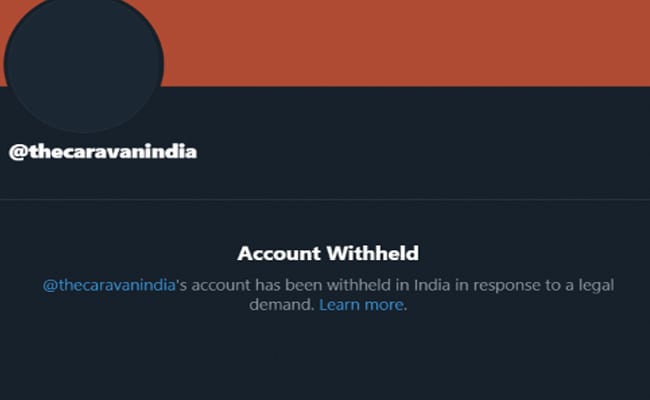 The crackdown came amid growing outrage on social media platforms over the clashes between Delhi Police and farmers on Republic Day. In particular, the death of a farmer at the ITO junction in central Delhi was highlighted by several journalists and activists.

Cases have been filed against journalist Rajdeep Sardesai and Congress MP Shashi Tharoor, as well as several others, for posts and comments on this matter.

"...They posted fake, misleading and wrong information regarding unfortunate death of the tractor driver in accident to instigate violence amongst protestors," Delhi Police said Saturday

Earlier today the centre also extended till Tuesday a ban on internet services at key farmer protest sites along the Delhi border - Singhu, Ghazipur and Tikri. The ban was announced yesterday by the Home Ministry, which said it was "... necessary and expedient".

The Samyukta Kisan Morcha, an umbrella body of farmers' unions, has denounced the move.

"The government does not want facts to reach the protesting farmers...It is fearful of the coordinated work of the farmers' unions across different protest sites.. this is undemocratic and illegal," it said.

Sources said Twitter executives were asked who gave them the right to do so, and responded that they had to block it temporarily as there was a copyright issue regarding a picture Mr Shah had posted.