Over 80 Delhi Police Personnel Injured After Clashes With Farmers

Injured cops have been admitted to several hospitals, including the trauma centre of the Civil Line Hospital in North District and the Lok Nayak Hospital in central Delhi 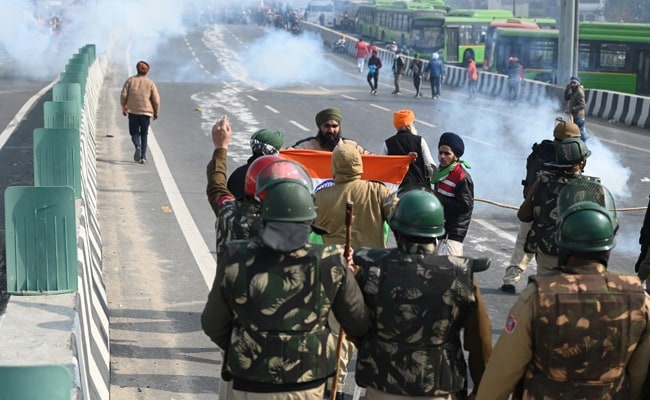 More than 80 Delhi Police personnel were injured - many seriously so - on Tuesday after violent clashes with groups of farmers who broke police barricades and stormed into the city on Republic Day to hold a tractor rally in protest of the centre's agriculture laws.

The injured police personnel have been admitted to several hospitals, including the trauma centre of the Civil Line Hospital in Delhi's North District and the Lok Nayak Hospital in central Delhi.

In total, 83 Delhi Police personnel were injured in the violence. At least two farmers were also hurt - after the tractor they were in overturned at Chilla on the Delhi-Noida border.

Protesters and police clashed at several places, including the ITO junction (where the Delhi Police HQ is located) and inside the iconic Mughal-era Red Fort, where protesters scaled ramparts - from where the Prime Minister addresses the nation on Independence Day - to raise Sikh religious flags.

Four cases have been registered in connection with vandalism in East Delhi, where eight buses and 17 private vehicles were vandalised, news agency ANI reported. 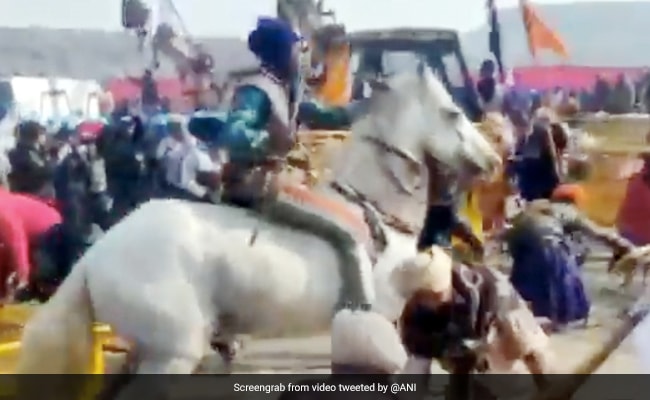 Police, who repeatedly appealed for calm and urged protesting farmers to stand down and return to the agreed routes, finally resorted to firing tear gas and lathi charges to regain control.

Shocking visuals showed war-like scenes at many places, with security forces - including the police and paramilitary forces like CRPF and RAF - sometimes outnumbered.

A clip from Akshardham showed policemen firing tear gas from an over-bridge while protesters below ran for cover. A police bus was hijacked by the protesters.

One farmer died amid the clashes, after the tractor he was driving overturned near ITO. Other farmers alleged, however, that he died in police firing.

The farmers blamed "anti-social elements" for the violence and the Samyukt Kisan Morcha, a federation of 40 farmer unions, has dissociated itself from the chaos and appealed for calm.

Late Tuesday, after a meeting with senior police and government officials, Home Minister Amit Shah (to whom Delhi Police reports) ordered extra paramilitary forces to be positioned in the city.