The panel members tasked to end deadlock over three contentious agriculture laws -- now on hold -- said they want "protesting farmers unions to come and speak" and assured views presented before the Supreme Court would only be of stakeholders. 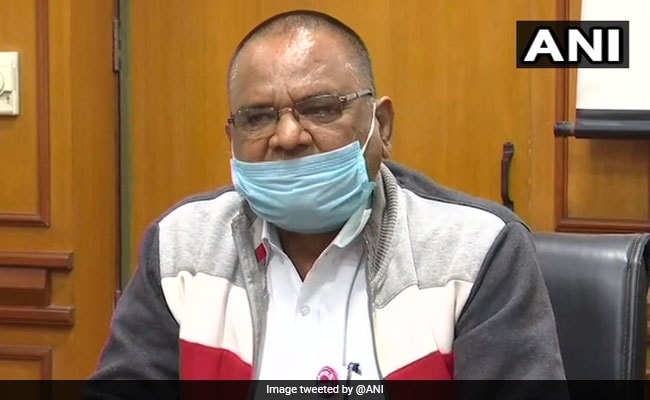 Protesting farmers have said they will not appear before the SC committee saying members are pro-laws.

Stating that their personal views on the three farm laws "did not matter", members of the Supreme Court-appointed committee formed to take over negotiations with centre and protesting farmers have said they will only present the stakeholders' views to the court.

"Our earlier ideology doesn't matter. Our report to the top court will not reflect our views, but of stakeholders... We request the protesting farmers unions to come and speak with us; we are not from any political party. We will also talk to the government," panel member Anil Ghanwat, the chief of Shetkari Sanghatan, told NDTV.

"We will talk to all farmers' unions -- those in favour of the laws and those against - on January 21. We want to know whether they want these laws repealed or not. We will meet those who can and do video conferencing with those who do not want to appear before us. After that, we will present our findings before the court," Mr Ghanwat said.

He added that the panel "will not meet representatives of those farm unions that were formed recently".

The statement seemed to be referring to media reports that the BJP was registering new farmer unions as a way to sway the dialogue in favour of the laws, and that these unions were meeting ministers and submitting memos.

"We are also making a website where people can post their suggestions," another panel member Pramod Kumar Joshi told NDTV reiterating they were only chosen to gather voices on the three farm laws that are at the heart of a massive ongoing agitation around Delhi's borders since November 26.

On Tuesday, even the Supreme Court seemed to defend the selection of panel members.

"Opinion can change," Chief Justice of India SA Bobde said in an unrelated case, hinting at the criticism of SC panel members.

"If you appoint a committee and if they had taken a view (earlier) it does not mean they should not be in the committee... It is okay. You have taken a view and you are entitled to change your opinion. Generally, there is a peculiar lack of comprehension about constitution of a committee. They are not judges," he said.

The panel was formed last week as the top court hit the pause bottom on implementation of the laws noting that "no solution was in sight".

However, protesting farmers have said they will not appear before the committee since the members have publicly backed the laws and could be biased.

A fourth panel member, Bhupinder Singh Mann (former Rajya Sabha MP and a farmer leader himself), has recused himself amid widespread criticism.

However, the three-judge bench hearing the matter had rebuffed the lawyer for protesting farmers, ML Sharma, after he said farmers would not participate in the committee.

"This is not politics. There is a difference between politics and judiciary and you will have to cooperate."

While farmers demand complete rollback of the laws and legal guarantee for minimum support price (MSP), government says it will only amend some sections. Nine rounds of talks have ended in a deadlock.

The next round of centre-farmer talks are set to happen on January 20 at Delhi's Vigyan Bhawan around 2pm.