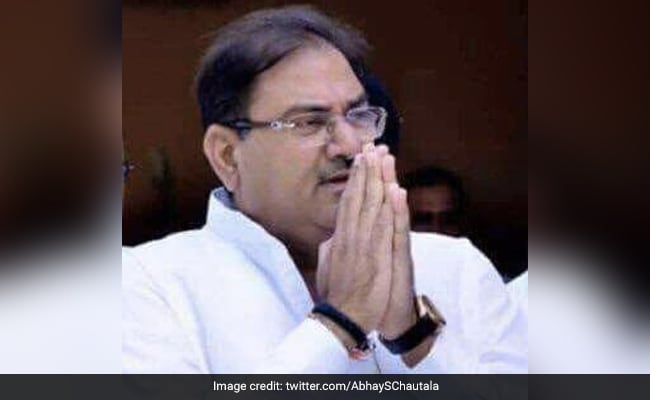 Abhay Singh Chautala, the lone INLD MLA in the Haryana Assembly, said Monday that he would resign if the centre did not withdraw its controversial agriculture laws by January 26.

In a letter to the Speaker he criticised the centre for imposing "black laws" in an "undemocratic way" and indicated that his conscience would not allow him to remain silent any longer.

"If the Government of India does not withdraw these three 'black laws' by January 26 then this letter should be considered as my resignation," Mr Chautala wrote to Speaker Gian Chand Gupta.

He pointed out that the centre was refusing to agree to the farmers' demand despite more than 60 deaths - many of which were suicides - reported so far. He also said that as a "responsible" member of the Assembly, he was willing to play any role in the protests.

Mr Chautala is a three-time MLA from the Ellenabad seat and is from a party that counts farmers among its key vote base. Last month party chief (and former Haryana Chief Minister Om Prakash Chautala wrote to Prime Minister Narendra Modi, urging him to scrap the laws.

Om Prakash Chautala's grandson is Deputy Chief Minister Dushyant Chautala, whose JJP helped the BJP to power after October elections. Also last month Dushyant Chautala said he too would quit if unable to secure farmers a guarantee for MSP, which is one of their two core demands. 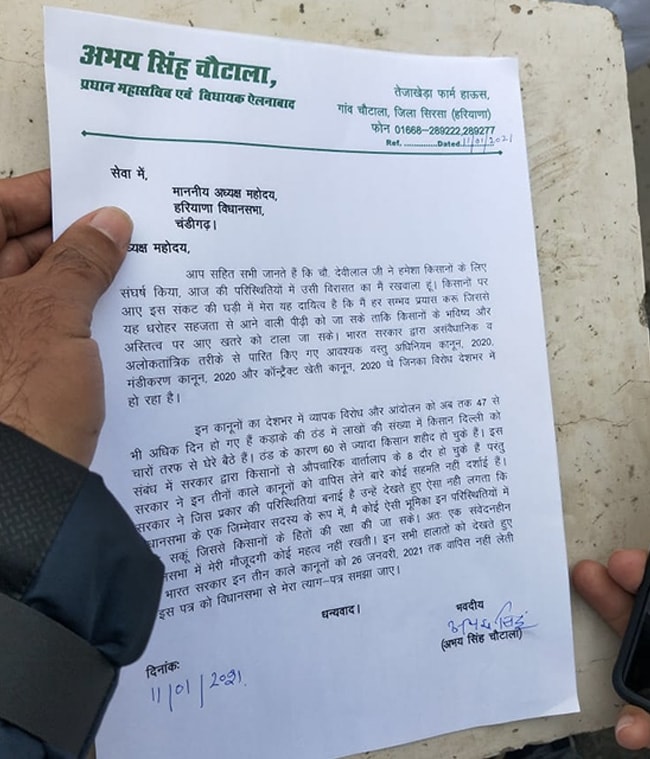 Tens of thousands of farmers across India have been agitating against these laws since November.

Multiple rounds of talks have failed to yield a breakthrough, with the farmers insisting on legal guarantees for MSP and the scrapping of the laws. The centre has said the laws will remain, but has offered to form a committee to study other grievances - an offer the farmers have rejected.

The centre says these laws will help farmers eliminate middlemen and sell at markets and prices of their choice. The farmers fear it will rob them of MSP (minimum support price) and, by dismantling government-controlled mandis, or wholesale markers, leave them at the mercy of the corporates.

A ninth round has been scheduled for January 15.

This morning the Supreme Court made some sharp observations on the deadlock and asked the centre to put aside any "prestige issue" and suspend the laws till an agreement can be reached.