The hunger strike between 8 am to 5 pm on Monday is part of the farmers' plan to intensify their agitation from December 14. 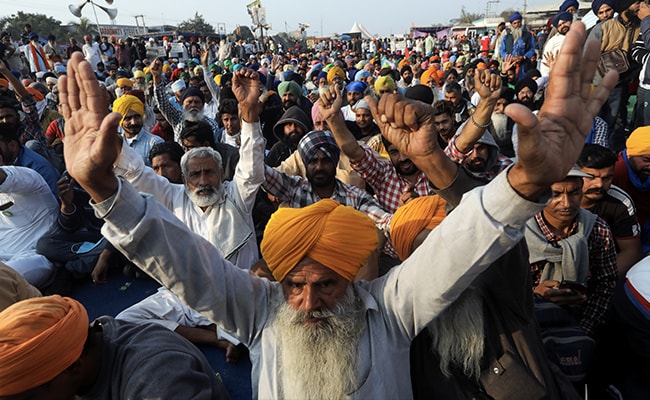 The leaders will observe the hunger strike at their respective places. (File)

The heads of all farmer unions protesting against the Centre's new agri laws for over two weeks now will observe a one-day hunger strike on Monday, farmer leader Gurnam Singh Chaduni said here on Sunday.

The hunger strike between 8 am to 5 pm on Monday is part of the farmers' plan to intensify their agitation from December 14.

Addressing a press conference at Singhu border, where the farmers have been camping in agitation, Chaduni said the leaders will observe the hunger strike at their respective places.

"Also dharnas will be staged at all district headquarters across the country. The protest will go on as usual," he told reporters.

"There are groups that are ending protest and saying they are in favour of laws passed by the government. We want to clarify that they are not associated with us. They have been hand-in-gloves with the government, they conspired to sabotage our protest. The government is hatching a conspiracy to derail the ongoing farmers' protest," added Chaduni.

Farmer leader Shiv Kumar Kakka said "government agencies have been stopping farmers from reaching Delhi, but the protest will continue till their demands are met".

"Our stand is clear, we want the three farm laws repealed. All farmer unions participating in this movement are together," he said.

Another farmer leader, Rakesh Tikait, said, "if the government gives another proposal for talks, our committee will decide on it. We appeal to all to maintain peace during protest".

Sandeep Gidde, another farmer leader, announced at the press conference that the proposed indefinite hunger strike by farmers from December 19 has been cancelled and it will be a day-long strike on Monday instead.