Family of hoax call nurse ask 60 questions, get no answers 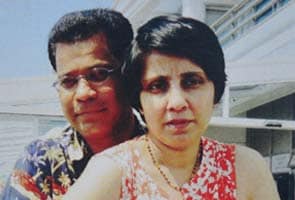 London: The family of an Indian-origin nurse, who died after being duped by a prank call to a UK hospital treating a pregnant Kate Middleton, are yet to receive answers for the 60 questions sent by them to her employers and the Australian radio station responsible for the hoax.

Jacintha Saldanha's family have been told by King Edward VII Hospital, where the pregnant Duchess of Cambridge was being treated for acute morning sickness that they will have to await the outcome of an internal inquiry which may answer some of the 40 questions sent by them to the hospital.

Saldanha's husband and two children have also received no answers from Australian radio station 2Day FM, which was behind the prank, despite sending the broadcaster 20 questions before Christmas.

The radio station's parent company, Southern Cross Austereo, has written back, merely stating that an official inquiry by Australia's media watchdog was under way.

So far, Southern Cross Austereo has not made any attempt to contact Saldanha's family to express their condolence or apologise for the hoax call, which has received international condemnation.

Saldanha, 46, was the duty nurse when DJs Mel Greig and Michael Christian called King Edward VII pretending to be the Queen and Prince Charles, asking about the Duchess's condition.

She forwarded the call to another nurse, who divulged confidential medical information about Kate.

The prank was broadcast by 2Day FM within hours, and made headlines around the world.

Saldanha was found dead on December 7 last year in the nurses' quarters three days later, having hanged herself with a scarf.

But hospital chief executive, John Lofthouse wrote back, saying he could not give detailed answers as an internal inquiry is being conducted by the chairman, Lord Glenarthur.

"Many of the questions which you attached to your letter will be, or already have been, addressed by our inquiry. I would expect that our council will provide a copy of the conclusions," Lofthouse wrote.

Labour MP Keith Vaz, who is acting as the family spokesman, said: "I welcome the fact that the hospital is conducting an internal inquiry, although I am disappointed that it will take such a long time for the results to be made available to the family".

"I feel that it would have been in the family's best interest that there should have been an independent element of the inquiry rather than it being chaired by Lord Glenarthur," Mr Vaz said.

The inquest into Saldanha's death will begin on March 26.

Mr Vaz said, "the family have appointed John Cooper QC to act on their behalf for the purpose of the inquest."

Promoted
Listen to the latest songs, only on JioSaavn.com
"The family will consider in due course any further representation that they may need," Mr Vaz added.