Majlum Ansari and Imteyaz Khan's bodies were found hanging from a tree on March 17, 2016. They were reportedly taking their cattle to a village fair for sale when they were attacked. 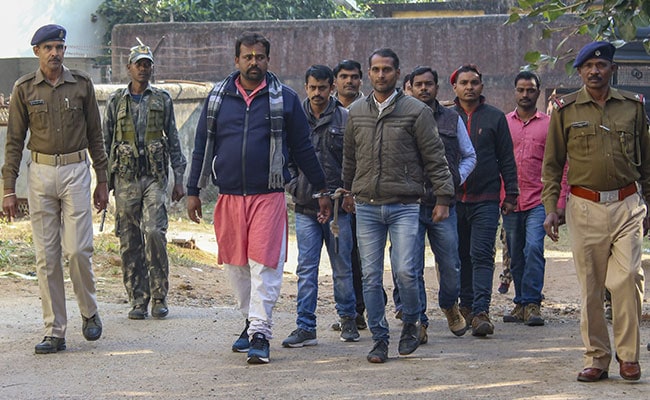 The eight convicts were awarded life imprisonment by a court in Jharkhand. (PTI)

Families of two cattle traders, who were beaten to death in Jharkhand's Latehar district in March 2016, on Wednesday demanded financial assistance and jobs from the state government.

Last week, eight people were convicted and awarded life imprisonment by a court in Jharkhand for lynching Majlum Ansari, 32, and Imteyaz Khan, 13.

Talking to reporters, Sayara Bibi, wife of Ansari claimed that she had been receiving threats even after all the convicts were awarded life sentence.

His family has requested the government for financial help as they have lost their lone breadwinner.

Majlum Ansari is survived by his wife and five children.

"I demand appropriate compensation and a job from the Jharkhand government. Where should I go for help? I do not have money to feed my children," Sayara Bibi said.

Imteyaz Khan's mother Nazma Bibi said her son was just 13-year-old when he was beaten to death.

"We are living under the shadow of fear. My elder son has left his home and started working in Ranchi due to threat to his life. My younger son has also stopped going to his school," she said.

"I request the government to provide proper security to my family. Also, the state government should provide financial assistance and a job to us," Nazma Bibi added.

Majlum Ansari and Imteyaz Khan's bodies were found hanging from a tree on March 17, 2016. They were reportedly taking their cattle to a village fair for sale when they were attacked. Police had said that they were beaten to death and then hanged from the tree.