The BMC believes a lot of people didn't visit hospitals on account of Diwali. 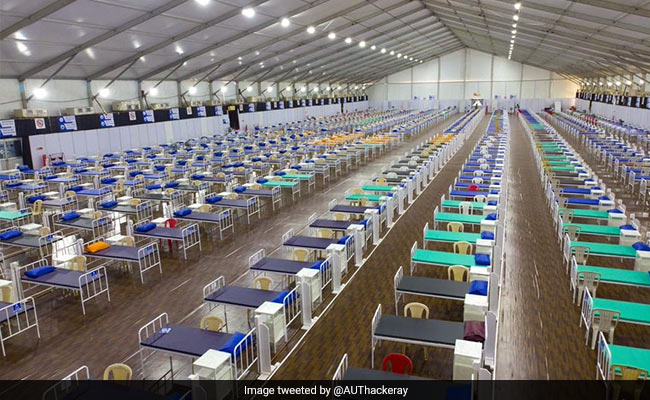 Doctors say Mumbai could be looking at a fresh wave of cases in the coming months.

COVID-19 testing numbers saw a sudden drop of up to 72% during the long festive period in Mumbai this month, raising concerns among doctors. The city was conducting an average of 13,000-14,000 tests earlier in November but that has now dropped to less than 4,000.

On November 5, for instance, Mumbai did more than 14,000 tests. Ten days later, testing fell 72% to 3,918 tests. Only 5,399 tests were conducted in Mumbai on Diwali last Saturday, according to the Brihanmumbai Municipal Corporation (BMC) dashboard.

Doctors who are part of the COVID-19 Task Force of the Maharashtra government find this drop alarming.

"Obviously, positive outpatients have come down to less than 500. This is very worrying. Do not be afraid of any tests and there should be no stigma associated with it. If we have to give coronavirus a befitting reply, the measure is testing, tracing, and treatment. TTT," Dr Rahul Pandit, a member of the  Task Force.

The BMC, meanwhile, believes a lot of people have not reached hospitals and testing centres on account of Diwali and that is why there is a sudden decline in the number of tests. Doctors say the city could be looking at a fresh wave of cases like Delhi in the coming months.

"In Delhi nowadays, there is another wave going on as winter sets in. It is possible that the cases will increase in the coming month. We should be prepared for this and the BMC should increase testing. And we should test and quarantine asymptomatic patients with and those with mild symptoms so that they don't spread the disease," Dr Mohammad Irshad Faruqi, a general practitioner.

A November 11 Maharashtra government circular, in the meantime, warns of a new wave of the pandemic in January-February, cautioning against any laxity.