The facility had 65 patients when the incident took place late Saturday night, an official said, adding, that the issue was resolved soon after. 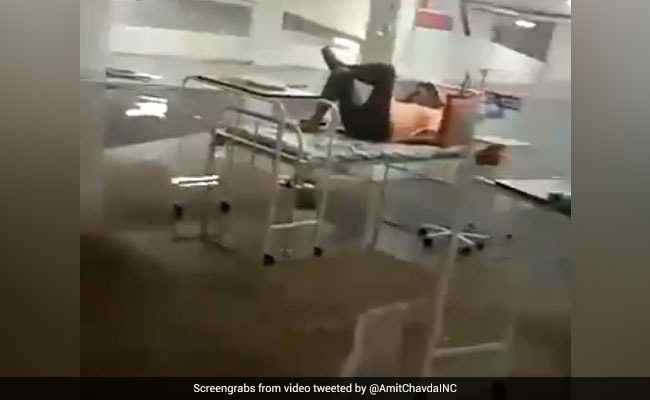 The basement of a civic hospital in Gujarat's Surat, which has been converted into a COVID-19 facility, was flooded after water from an underground tank overflowed, an official said on Sunday. The facility had 65 patients when the incident took place late Saturday night, he said, adding, that the issue was resolved soon after.

However, videos of the flooded facility went viral on social media.

Surat Municipal Corporation Deputy Commissioner (Health), Dr Ashish Naik, confirmed there were 65 coronavirus patients at the facility set up in the multilevel parking of SMIMER Hospital.

"Water from an underground tank overflowed and flooded the basement briefly. The water was flushed out and the issue resolved within half an hour," Dr Naik said.

Meanwhile, state Congress president Amit Chavda shared the video and attacked the Vijay Rupani government over what he claimed was the "fake Gujarat model".

"See the condition of ward for patients of #Covid_19 in #BJP-ruled Surat Municipal Corporation hospital in @narendramodi's #Fake_Gujarat_model. @vijayrupanibjp @Nitinbhai_Patel please tell us, was this your preparation to defeat #Covid_19?" he tweeted in hindi along with a 30-second video.

Surat has seen a rise in COVID-19 cases recently, with the district reporting its highest single-day tally of 184 cases on Saturday, of which 174 were in Surat civic limits.