The plea was mentioned before a bench of Chief Justice DN Patel and Justice C Hari Shankar which agreed to list it for hearing on Thursday before an appropriate bench. 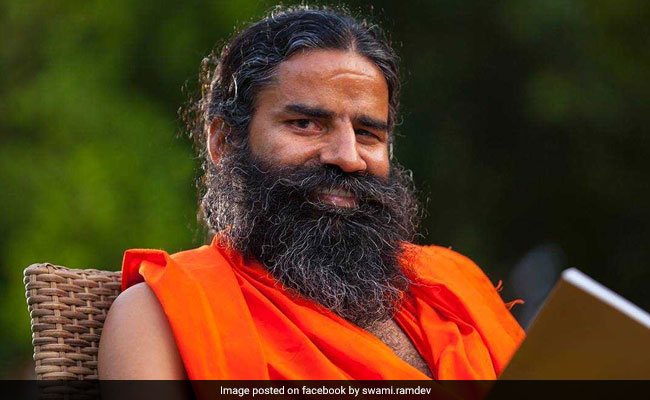 The defamatory video contained excerpts of a book on Ramdev

Social media giant Facebook on Wednesday approached the Delhi High Court challenging an order directing it to remove, block or disable on a global basis links to a video containing defamatory allegations against yoga guru Ramdev.

The plea was mentioned before a bench of Chief Justice DN Patel and Justice C Hari Shankar which agreed to list it for hearing on Thursday before an appropriate bench.

It has now been listed before a bench of justices S Muralidhar and Talwant Singh for Thursday.

A single judge of the high court had on October 23 directed Facebook, Google, its subsidiary YouTube, and Twitter to forthwith remove, block or disable on a global basis links to a video containing defamatory allegations against Yoga Guru Ramdev.

Justice Pratibha M Singh had held that merely ''geo-blocking'' or disabling access to the defamatory content to viewers from India, as agreed to by the social media platforms, would not be sufficient as users residing here can gain access to it by other means.

Observing that "the race between technology and the law could be termed as a hare and tortoise race - as technology gallops, the law tries to keep pace", the court had said the provisions of the Information Technology law have to be interpreted in a manner so as to ensure judicial orders are effective and "not toothless".

The court had directed the social media platforms that all the offending material which has been uploaded from within India on to the computer network of the platforms "would have to be disabled and blocked on a global basis".

The court issued the direction after the social media platforms had said that while they have no objection to blocking the URLs and disabling the same, insofar as access in India is concerned, they were opposed to removal/blocking/disabling the defamatory content on a global basis.

The defamatory video contained excerpts of a book on Ramdev that were ordered to be deleted by the high court in September last year.

The high court had on September 29, 2018 restrained the publisher and author of the book "Godman from Tycoon" from publishing it till the offending portions were deleted, the judge noted.

In the October 23 judgement, the court had noted that viewing the video or reading its transcript give an impression that Ramdev "has been involved in various murders, financial irregularities, misuse of animal parts, etc".

"In any event, this issue is moot in as much as the video begins by stating that it is based on the book. Thus, the defamatory nature of the video cannot be disputed," the court had said.