Sushma Swaraj's Ministry Refused RTI on Lalit Modi, Sent it to Other Ministries 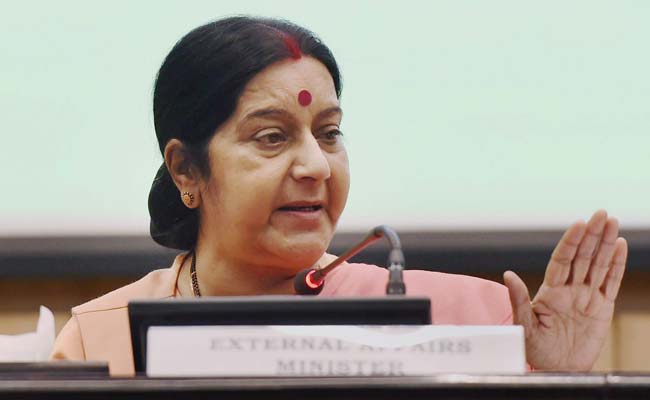 New Delhi: At a time when External Affairs Minister Sushma Swaraj is being attacked by the opposition for helping disgraced cricket boss Lalit Modi obtain UK travel documents, her ministry has refused to provide any information on the case.

The External Affairs Ministry has refused to answer a Right to Information or RTI application that asked seven questions, including who took the decision not to challenge the Delhi High Court's decision last year to restore Mr Modi's passport.

"Kindly note that the office of External Affairs Minister has informed that the questions in Serial 1 to 3 of your RTI does not seem to fall under the purview of the RTI act, 2005. As regards to queries Sl No 4 to 7, no information is available with EAM's office," the ministry said in its reply dated June 26, Friday.

The ministry, however, said the application has been transferred to its Consular, Passport and Visa Division, and the home and finance ministries.

The RTI query, filed by a person from Haryana, was received by the Ministry on June 19, days after the controversy erupted after emails leaked to the British media revealed Sushma Swaraj's role in helping Lalit Modi procure permission to travel outside Britain when his passport had been cancelled by the Indian government.

Ms Swaraj has said that she helped Mr Modi on humanitarian grounds, so he could be with his wife for her surgery in Portugal.

The RTI questions why Ms Swaraj did not advise Lalit Modi to go to the Indian High Commission for help and why she did not insist on his return to India as a condition for issuing a temporary Indian travel document.

Other questions ask whether the government has lodged any objections to the UK allowing Lalit Modi to stay in London. Mr Modi is wanted in India in cases of money-laundering linked to the Indian Premier League that he created. Lalit Modi says he can't return to India has he faces a threat to his life.