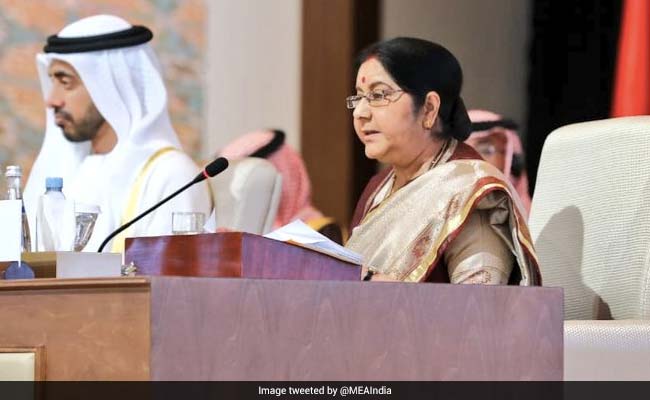 Sushma Swaraj was the first Indian minister to address the meeting of the 57 Islamic countries.

External Affairs Minister Sushma Swaraj today held bilateral talks with her counterparts from Bangladesh and the Maldives and exchanged views on the regional situation.

Ms Swaraj was the first Indian minister to address the meeting of the 57 Islamic countries.

India's participation came despite strong demand by Pakistan to rescind the invitation to Ms Swaraj to address the grouping which was turned down by the host UAE, resulting in Pakistan's Foreign Minister Shah Mehmood Qureshi boycotting the plenary.