"A fruitful meeting with FM Chingiz Aidarbekov of Kyrgyz Republic on SCO sidelines," S Jaishankar tweeted after his first bilateral meeting of the day. 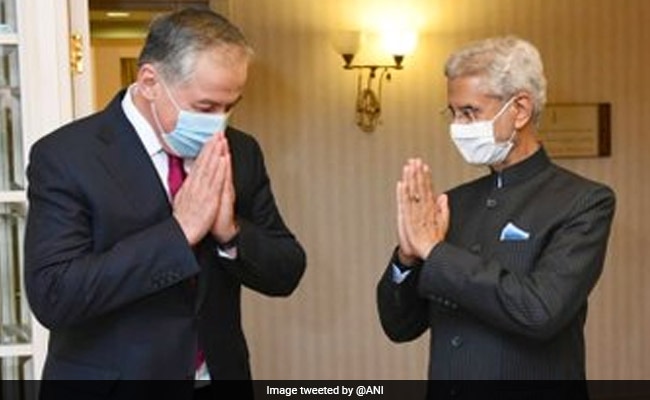 Mr Jaishankar is on a four-day visit to Russia to attend a meeting of the foreign ministers of the Shanghai Cooperation Organisation (SCO).

"A fruitful meeting with FM Chingiz Aidarbekov of Kyrgyz Republic on SCO sidelines," Mr Jaishankar tweeted after his first bilateral meeting of the day.

The two leaders discussed issues of bilateral and regional interest.

"Agreed to further enhance our strategic partnership in all spheres," Mr Jaishankar wrote.

Mr Jaishankar thanked Aidarbekov for the support in facilitating the return of Indian nationals from the Central Asian country.

Air India operated several flights under Vande Bharat Mission to evacuate its nationals stranded in other nations due to lockdown.

About 4,500 Indian students are studying medicine in various medical institutions in Kyrgyzstan. A few businessmen are engaged in trade and services in Kyrgyzstan, according to the Indian Embassy in Bishkek.